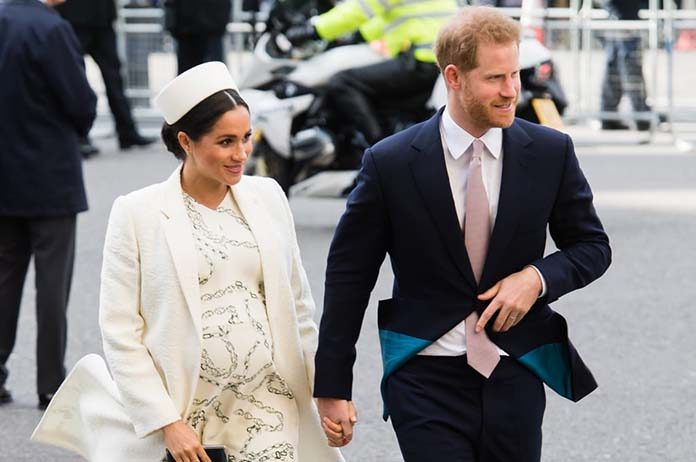 After months of speculation and excitement, Meghan Markle and Prince Harry have announced the birth of their child.

The Duchess of Sussex gave birth to a healthy baby boy at 5:26 Monday morning (London time), with Harry present for the birth.

A beaming Prince Harry said they were “absolutely thrilled” and thanked the public for their support. He said Meghan and the baby were doing “incredibly well”, adding that they were still thinking about names for their bundle of joy.

The baby boy is seventh in line to the throne, behind the Prince of Wales, the Duke of Cambridge and his children – Prince George, Princess Charlotte and Prince Louis – and Prince Harry. He is the Queen’s eighth great-grandchild.

Speaking after the birth, Harry said the child had been “a little overdue” and that he planned to make another announcement in two days’ time “so everyone can see the baby”.

Asked what it was like to be present for the birth, he laughed and said: “I haven’t been at many births. This is definitely my first birth. It was amazing, absolutely incredible, and, as I said, I’m so incredibly proud of my wife.

“As every father and parent will ever say, you know, your baby is absolutely amazing, but this little thing is absolutely to-die-for, so I’m just over the moon.”

Buckingham Palace’s statement continued with: “The Queen, the Duke of Edinburgh, the Prince of Wales, the Duchess of Cornwall, the Duke and Duchess of Cambridge, Lady Jane Fellowes, Lady Sarah McCorquodale and Earl Spencer have been informed and are delighted with the news.

“The Duchess’s mother, Doria Ragland, who is overjoyed by the arrival of her first grandchild, is with their Royal Highnesses at Frogmore Cottage.”

The congratulations didn’t stop there, with family on both sides sharing their happiness at the news. In an Instagram post, Kensington Palace said the Duke and Duchess of Cambridge were “delighted” at the news and “look forward to meeting the latest addition to the family”.

Meghan’s father, Thomas Markle, congratulated the new parents and spoke of his pride at the birth.

“I am proud that my new grandson is born into the British royal family and I am sure that he will grow up to serve the crown and the people of Britain with grace, dignity, and honour,” he said from his home in Mexico.

Charles Spencer – brother of Diana, Princess of Wales and uncle to Harry – tweeted his congratulations. He wrote: “Really very lovely news today – many, many, congratulations!”

Are you happy for Harry and Meghan on the birth of their son? Leave a congratulatory message in the comment section below.