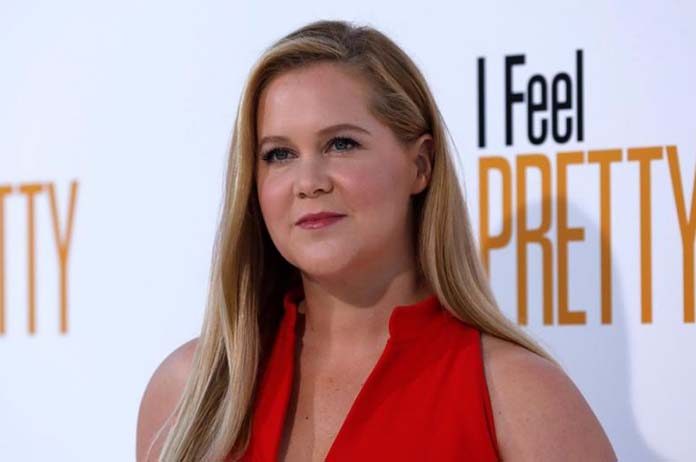 Schumer announced the birth of her son on Monday by posting a photo on Instagram of Fischer leaning down to kiss her while she’s in a hospital bed holding their baby.

The caption was a nod to Prince Harry and Meghan who welcomed their own baby boy hours later.

Minutes before revealing her happy news, the 37-year-old posted two photos of herself posing outside the Metropolitan Museum of Art, where preparations for the 2019 Met Gala were under way.

“Met look this year. Last night on the way to the hospital,” she joked in the caption.