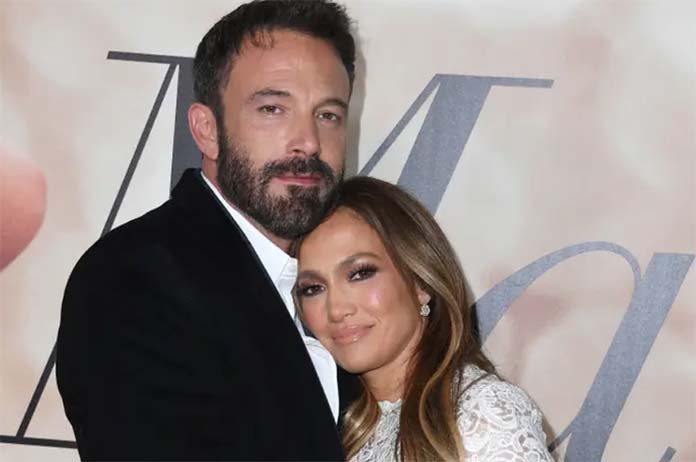 Jennifer Lopez and Ben Affleck (aka ‘Bennifer’) have tied the knot in Vegas on July 16, 2022 after rekindling their relationship in April of 2021, almost 20 years after they first met.

The couple first dated between 2002 and 2004, calling off their engagement in January of 2004. Following their breakup, Affleck began dating Jennifer Garner with the two tying the knot in 2005, with their marriage coming to an end in 2018.

Lopez was also married to Marc Anthony between 2004 and 2014. She also began dating Alex Rodriguez in 2017, the relationship ultimately ended in 2021.

‘Bennifer’ have been going strong since they started dating again in 2021, avoiding the similar media scrutiny they faced during their first time dating.

The A-list couple tied the knot in a small chapel after midnight this past weekend. Lopez confirmed her name change in a newsletter to fans, which she signed, “Mrs. Jennifer Lynn Affleck.”

The pair kept the ceremony low-key with Lopez wearing a wedding dress from a previous role, while Affleck wore an outfit from his wardrobe.

Affleck, 49, and Lopez, 52, have not yet confirmed their honeymoon destination, however, one would assume a lavish honeymoon is in the books following their cost-effective wedding.