Rave It Up brings you all the latest celebrity news, reviews and interviews.
We sit down with the celebrities and find out how they got to where they are today and all of the hard work involved. We also ask them personal questions about mental health, depression, anxiety and bullying to help those who are hurting. 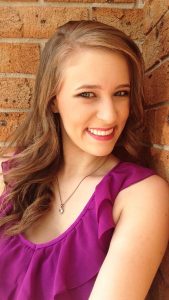 Lauren Yeates created Rave It Up back in 2010 while she was still in high school. She knew what she wanted to do in life at an early age and has worked hard to make it come true ever since.

At only 26, she already has 10 years experience under her belt as a budding journalist. She got bit by the entertainment bug back in 2010 when she met Justin Bieber, and has since met and interviewed celebrities like Hugh Jackman, Rob Mills, RJ Mitte from Breaking Bad, Justice Crew, Kendall Schmidt from Big Time Rush and so many more.

Lauren presents all of the Rave It Up videos, and the Rave It Up podcast every week on Spotify and Apple Podcasts and all podcasting platforms, and does her best to make it as fun, entertaining and informative as possible.

Throughout her time with Rave It Up, Lauren has also obtained a Bachelor of Journalism from Macleay College in Sydney, worked as Multimedia Editor, News Editor and On-Air Presenter for the Macleay Newsroom (now known as The Hatch), been a panel operator at H!T 104.1 2DayFM, and continues to be an assist team member at young development programs such as Tomorrow’s Youth Empower U.

Whilst Lauren loves her entertainment career at the moment, her ultimate goal is to one day make Rave It Up as big as The Ellen Show and E! News.

To find out how Lauren created Rave It Up, check out her full biography here. 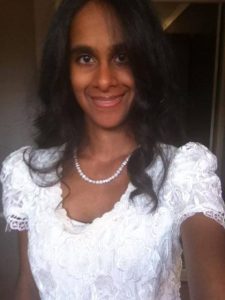 Rekha, or Vishi as she likes to be called, has graduated with a Diploma of Journalism from Macleay College. She is a passionate writer and was excited when Lauren asked her to be part of the Rave It Up team. She watches the news every night and constantly checks Twitter to see what is happening around the world to come up with ideas for articles. Rekha’s interest in entertainment began in 2011 when she saw Justice Crew perform live and since then, has gone to many shows and watched incredible artists perform. In addition to writing, she is also a keen photographer. At the moment she is working at a nursing home as a recreational activities officer but would love a career as a news writer in magazines or newspapers. In her spare time, she loves to read, watch movies, play with her cats and spend time with her family and friends.

Add her on Facebook
Send her an Email: rekha@raveituptv.com 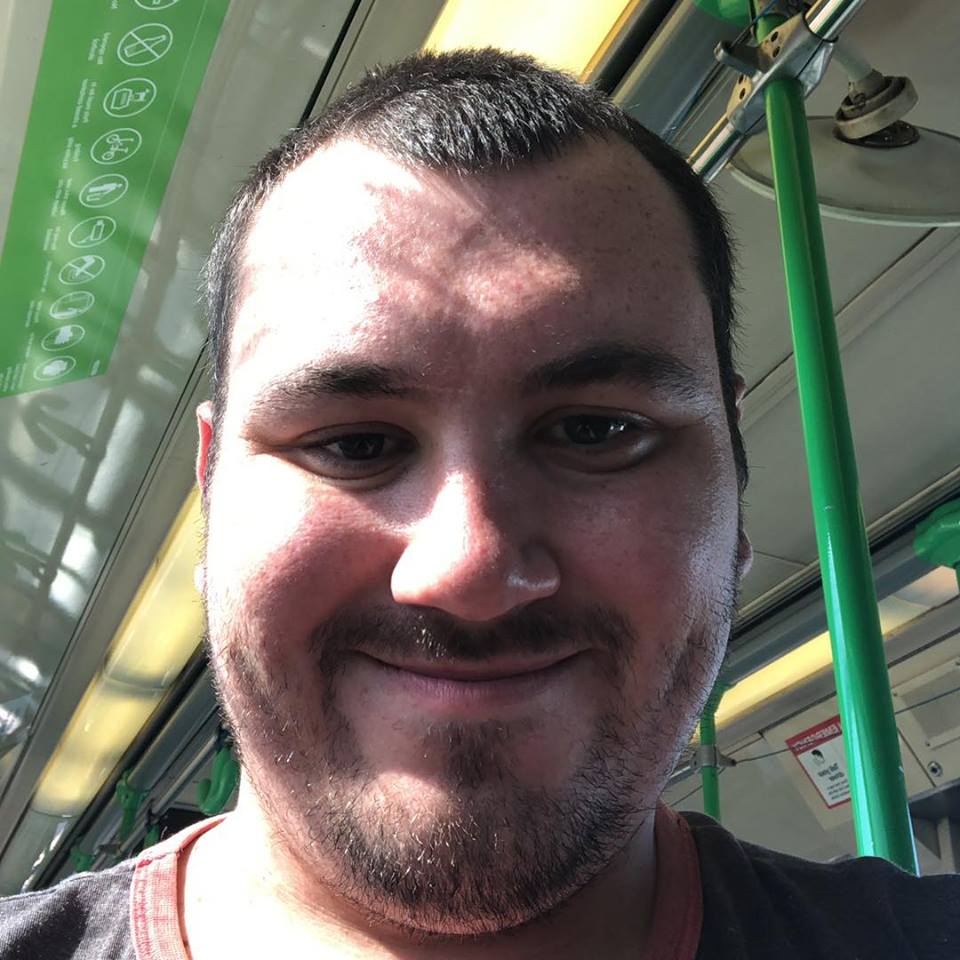 Jackson is a 26-year-old freelance journalist, blogger, writer and amateur photographer from Melbourne. He is currently studying his final year of a Master of Journalism at Monash University. Jackson got the reporting bug as a boy, when he would watch the nightly news every night and read the newspaper every day, keen to know what was happening in the world. Being a mad footy follower, he particularly looked to the sports pages, which has shaped his ultimate goal of one day being a Sports Reporter. Jackson will welcome any conversation on books (fantasy and true crime/crime fiction are his favourites), music (particularly country and classic rock), films and sports, especially AFL (bring up the mighty Collingwood Magpies and you will never get rid of him). Jackson has also created a blog called The Miller View, where he will publish his journalism work, his writings on Wattpad, photography, reviews and opinion pieces. 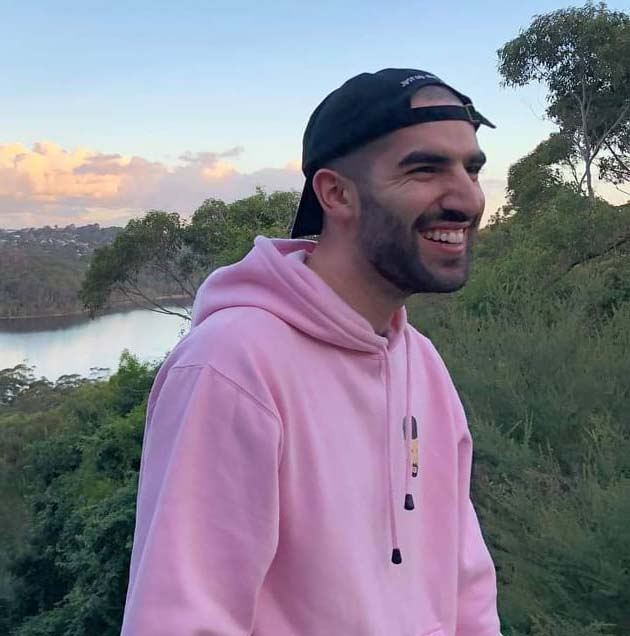 Mansour is a UTS graduate with a Bachelors Degree in Communications, Major in Public Communication. He is currently continuing his studies at Macleay College, studying a Bachelor of Journalism. He loves all things entertainment and gets just as excited about the footy as he does about the Oscars. Currently writing for Chattr, Bubble Magazine, and the Public Spectrum Blog, Mansour’s writing sees him shift focus from politics, lifestyle, and entertainment at the drop of a hat. He is also a script writer, currently working on a film with the CEO of Ikonfilm. 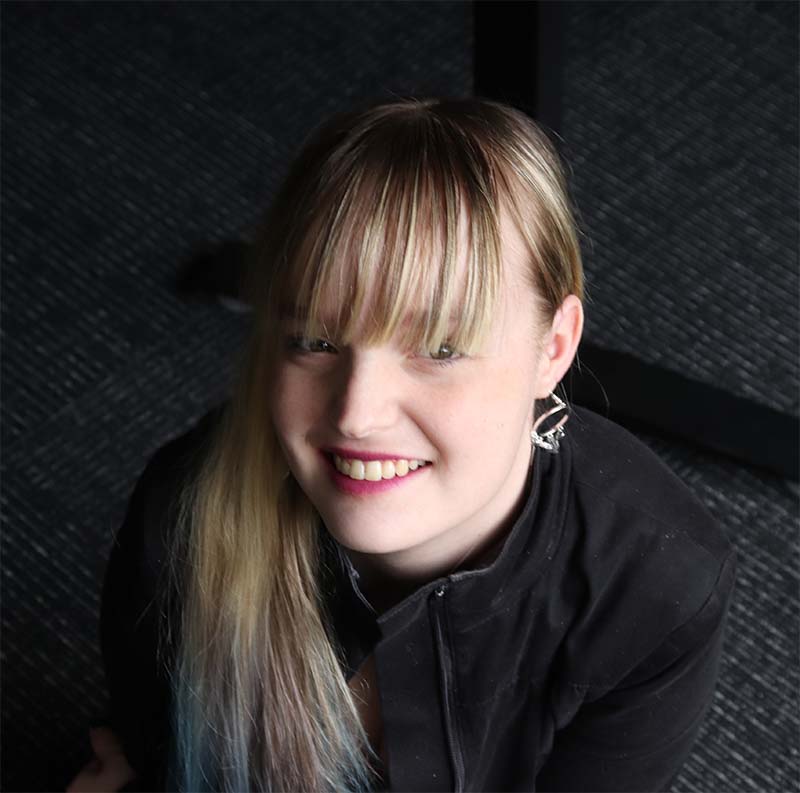 Ashley graduated from Macleay College in 2020 with a Bachelor of Journalism and is extremely interested in all things entertainment and celebrity. She started an internship with Rave It Up in the middle of 2019 and is so proud to still be a part of the team today. She also has a ‘not-so-secret anymore’ obsession with true crime and follows crime news around the world, waiting to see what the next big thing is. Her passion for writing began in high school when she fell in love with coming up with creative writing stories in English class. From there, she developed a love of journalism and decided that was the career she wanted to be in. During her spare time, she loves to catch up on movies and TV, read, and just scour the internet for any interesting stories she could potentially follow up on. Ashley has recently created two blogs, one dedicated to celebrity and entertainment news called Confessions of a Celebrities Freak, and one dedicated to non-entertainment related news from around the globe called News Touch.

Check out Confessions of a Celebrities Freak here.
Check out News Touch here.
Send her an Email: ashley@raveituptv.com 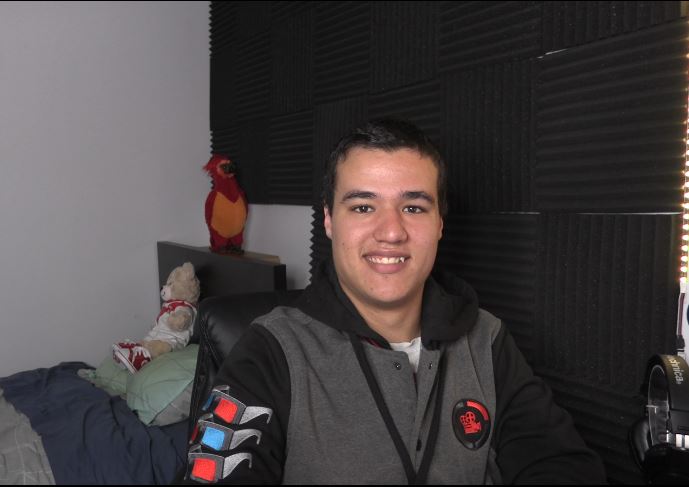 Jayson is an enthusiastic person with a lot of personality and charisma. His passion for journalism started in 2014 while doing a radio programme for Katoomba High School. During which, he read the local news and events for Katoomba High and the Blue Mountains on Radio Blue Mountains. Jayson started studying at Macleay College in 2017 where his passion for journalism really set in. Studying under lecturers like Fiona West, Monica Attard, and Michelle Stevenson made the choice of study easier. In 2018, Jayson interned with Rave It Up and reignited his dream of being a radio presenter. He became inspired to create his own news service called Our Shout Media. He now runs a small YouTube channel, writes for Rave It Up and Our Shout Media and is training to be a chef.

Add him on Facebook
Send him an Email: jayson@raveituptv.com 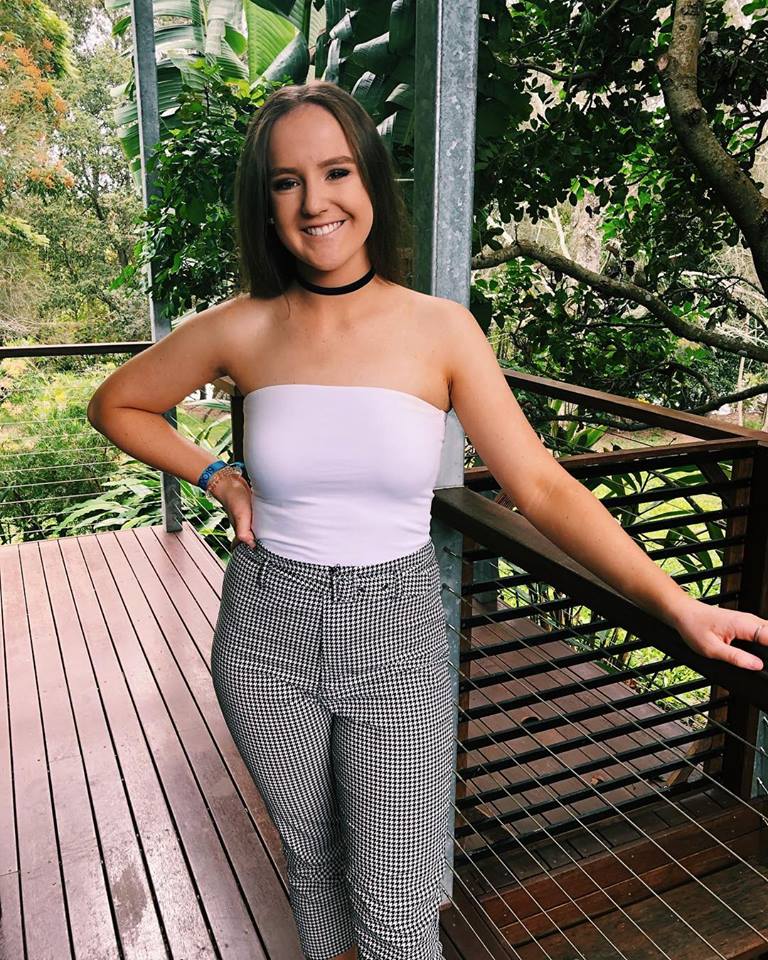 Olivia Silk is a keen and active follower of all things pop culture. Her passion for film, television and music began at a young age and has now grown into a borderline obsession. When approached to become a writer for Rave It Up, it was an offer she couldn’t refuse! She graduated in 2019 with her Bachelor of Journalism from Macleay College. During her time at uni, Olivia interned with the Sydney Sixers where she was a part of their digital and social media team for over two years. She also podcasts regularly with Against All Podds. While they cover mostly sport, there are plans to create a pop culture podcast. Her dream is to one day work overseas covering either entertainment or sport, or maybe both! 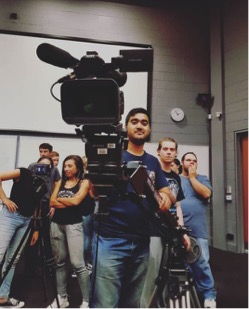 If there is one word to explain Farhan’s interests, it would be… geeky. From video games, board games and roleplay games to movies, TV shows and anime. Currently in his final year studying a Bachelor of Communication in Media Arts and Production, he has been a part of a fair few video projects including for the band Sly Robin and wishes to continue to show what he can offer as a part of Rave It Up.

Add him on Facebook
Send him an Email: farhan@raveituptv.com 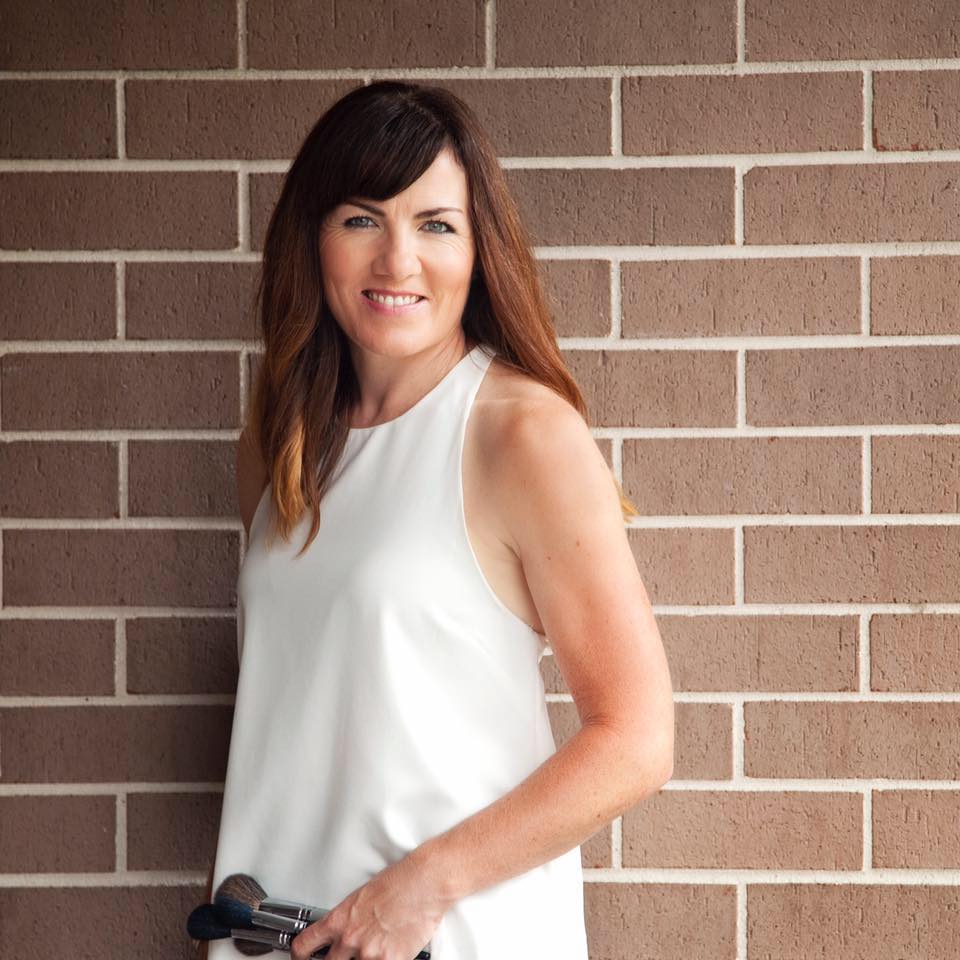 Bridget Bremner is a Sydney-based professional freelance makeup artist who has been in the industry for over ten years. Bridget has had a long love affair with make-up since childhood when she used to love to imitate the make up seen on the lunchtime soaps! After years of experimenting, she then decided to follow her passion and completed a certificate in fashion make-up and received a certificate of merit at Auckland’s Samala Robinson Academy (S.R.A). The trainers recognised a talent and asked Bridget to come back and become a trainer. Bridget worked at S.R.A as a trainer for 18 months, teaching the full time course. She capitalises on these skills in her freelance work. Bridget has experience in bridal, fashion photo shoots, short film, television, special effects & promotional events but has an enthusiasm for make-up & styling in all forms. She has been doing make up and hair for Rave It Up since August 2015, and loves being apart of the team. Check out all of the looks she’s done for Rave It Up by checking out our Weekly Entertainment Wraps here.

ABOUT US
Rave It Up brings you the latest entertainment news; reviews of movies & games; and interviews with celebrities and new comers to find out how they got to where they are and what advice they would give to others who want to follow in their shoes.
FOLLOW US
© 2017 Rave It Up