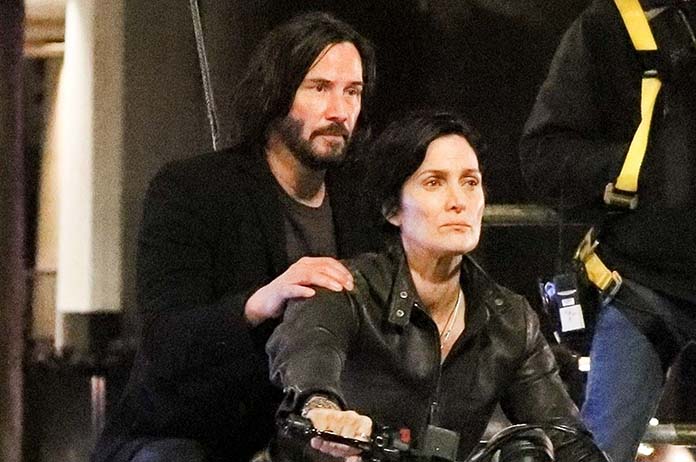 The Matrix 4 is coming after fans have been waiting to see what comes next for Neo.

Not only is there going to be a Matrix 4, the film has also gained a name and screened a trailer at a film convention in Las Vegas.

Keanu Reeves is on board to reprise his role as Neo in the upcoming film titled The Matrix: Resurrections, which is a continuation of the franchise’s naming using words that begin with R.

Caesars Palace in Las Vegas aired the trailer, where fans could witness what was to come of the latest addition to the franchise.

The trailer has yet to be released online.

Fans who were lucky enough to witness the first screening of the trailer have said it shows Neo/Thomas Anderson in a conversation with a therapist (Neil Patrick Harris). They seem to be conversing about dreams Neo had “that weren’t just dreams.”

This could be an indication that his memory of The Matrix is not real.

From there, he joins up with Trinity (Carrie-Anne Moss), his previous film lover, although the two don’t seem to know each other.

A man also comes into play (Yahya Abdul-Mateen II). The man gives Neo a red pill, (similar to the first film), which brings Neo back into the Matrix world.

Reeves can be seen dodging bullets, fighting inside a dojo and much more. An image of Neo’s pre-pill self can also be seen in an incubator. All similar to the first film.

The plot has yet to be released or discussed, but this film is jam packed with superstars including Jada Pinkett-Smith, Priyanka Chopra-Jonas and Jonathan Groff.

Hugo Weaving is absent from the film as Neo destroyed his character, Agent Smith in the last film. Laurence Fishburne is also missing as Neo’s nemesis, Morpheus.

The film will be directed by Lana and Lilly Wachowski, who have previously worked on the franchise. The film is due for a December release.

Fans at the Las Vegas CinemaCon were surprised with other film sneak peeks including Robert Pattinson’s Batman, and The Many Saints Of Newark, the prequel to Sopranos.