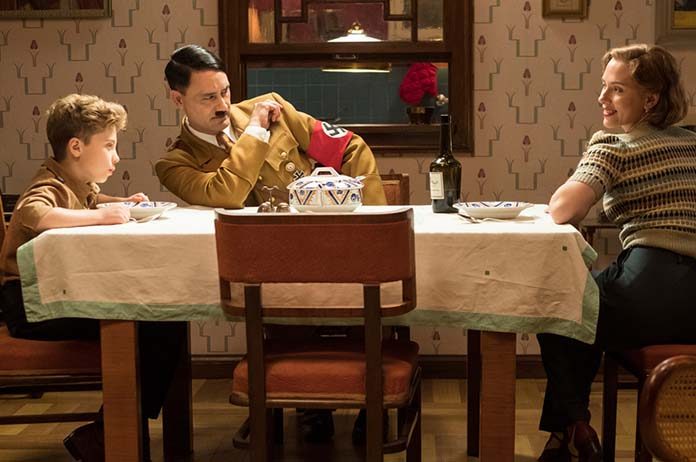 Disney has released a new movie called JoJo Rabbit, which depicts the life of a true Aryan boy in the times of Hitler.

This young boy has to be prepped and trained to combat the Frontline of the German army as he is one of the very few who are fit for the job.

With an absent father, the boy makes up an imaginary one, who resembles Hitler greatly, and throughout the film doesn’t act like him at all.

This imaginary Hitler is a ruse to make fun of and challenge Hitler’s ideologies to the point it becomes a slight comedy.

Imaginary Hitler is played by Taika Waititi, a New Zealand born actor, with a Jewish mum and a Maori dad. He is also the director, screenwriter, and one of the producers.

By playing the character himself, Taika points out that Nazi ideologies and the way that Hitler was and acted, was not something that benefited anyone. He mocks Hitler in this Nazi comedy to show that it’s ok to laugh and joke about people like that, especially since they ended up getting what was coming for them.

Disney has really stepped up it’s game with this one.

What do you think of a Nazi comedy? Are you gonna watch it? Let us know in the comment section below.