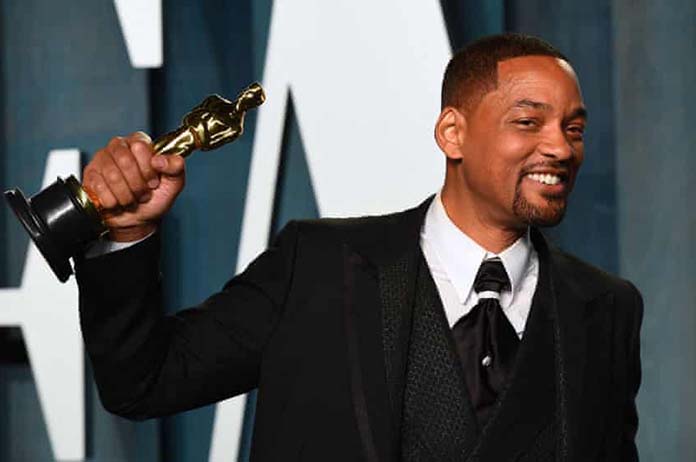 More than a week has passed since the infamous Oscar moment between Will Smith and Chris Rock took place, and there seems to be no sign of Smith’s apology/repercussions tour slowing down.

Smith’s first apology came right after the physical assault of Chris Rock during his acceptance speech for Best Actor. Smith apologised to everyone, expect Rock. However, the apologies would continue the next day following the Oscars with Smith taking to social media to officially apologise to Rock.

The fallout however continued with Smith opting to resign from the Academy. So what does this resignation mean? Simply put, Smith is no longer sent advanced screenings of films sent to the Oscars for award considerations and he will no longer be able to vote on future Oscar ballots as a member.

Whether or not he will be invited to next year’s Oscars is still unknown, however, it has become tradition for the previous year’s Best Actor recipient to present the award for Best Actress.

Smith released an official statement on the matter:

“My actions at the 94th Academy Awards presentation were shocking, painful, and inexcusable. The list of those I have hurt is long and includes Chris, his family, many of my dear friends and loved ones, all those in attendance, and global audiences at home,” Smith said.

Smith will also not be losing his Academy Award, which was his first win after three nominations in the same category. However, Smith has lucked out with Netflix, with the streaming giant opting to put his next major project with them, Fast and Loose, on hold for an unknown period of time.

The project is reported to have been shelved completely with Netflix opting to recast Smith. However, this speculation has not been verified by Netflix representatives.

Smith is currently executive producing the re-imagined dramatisation of Fresh Prince of Bel-Air, known simply as Bel-Air. The series has received lukewarm reviews, however the cast have been praised for their dramatic performances.