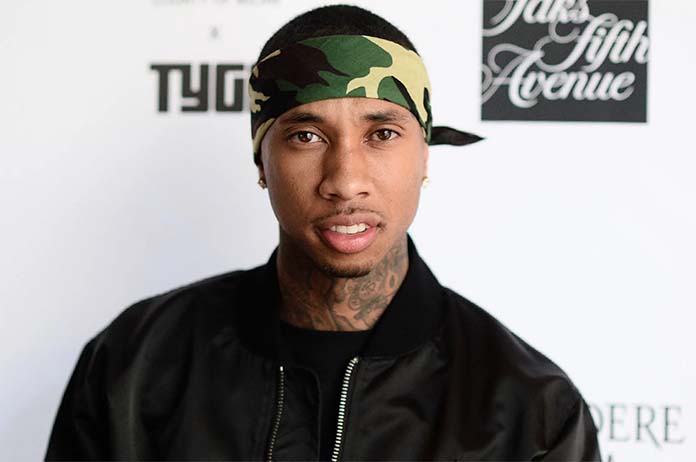 Rapper Tyga has surrendered himself to the Los Angeles Police Department after being accused of domestic violence by his ex-girlfriend.

Tyga, whose legal name is Michael Stevenson, turned himself in at the LAPD’s Hollywood division at 9:00am Pacific Time on Tuesday. LAPD confirmed to NBC News that this was regarding a felony domestic violence allegation.

The rapper was held on a US$50,000 bond and released that afternoon.

A spokesperson for Tyga spoke to NBC on Wednesday, stating that “the allegations you have been reading about our client the past few days are false and will be disproven.”

The initial report by TMZ claimed that Tyga’s ex, Camaryn Swanson, showed up at his doorstep while acting “belligerent”. Swanson disputed this on her Instagram story, saying she had been invited over.

She then showed a screenshot that allegedly showed Tyga sent a car for her to come over. The allegation against Tyga is that he “physically assaulted me and refused to let me leave.”

Another photo to Swanson’s Instagram showed her with what appeared to be a black eye, tagging TMZ in the photo.

“I’ve been emotionally, mentally, and physically abused and I’m not hiding it anymore,” she wrote.

What do you think of these allegations of domestic violence against Tyga? Do you think they are true? Tell us in a comment below.