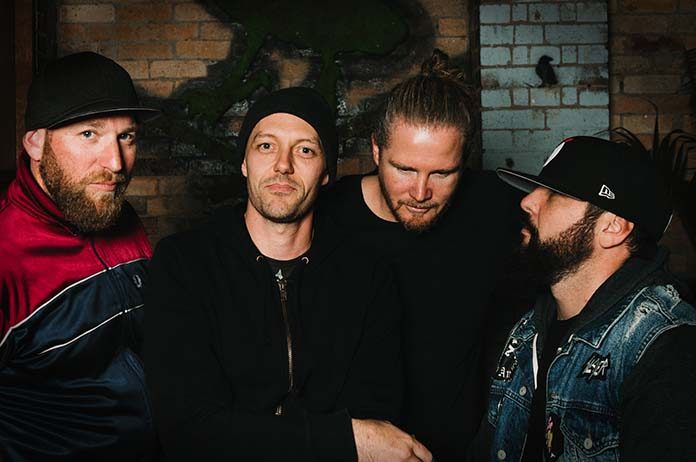 Aussie Hip Hop legends Butterfingers have just announced an extensive 15 Years of Fatboys Australian tour. The epic run kicks off on March 1, 2019 in Noosa. All of the tour dates and venues are listed below for you to check out (Tickets are on sale now). Evil Eddie from Butterfingers stopped by Rave It Up HQ to celebrate this news with us and wanted to share with you all what his favourite Hip Hop film clips.

Hey guys, it’s Evil Eddie from Butterfingers! I want to share with you all my Top 5 favourite Hip Hop film clips.

1. Jay-Z – 99 Problems:
I like the story behind the clip as much as the clip itself. When 99 problems was released, MTV and a number of other music video programs had a rule against playing black and white clips for some reason. Anyway, Jay and/or his clip director obviously had a vision for this clip and Jay, being so massive at the time and this song being such a banger, that they knew it was destined to be huge and that MTV would have to bow to their will, change the rules and play this black and white clip. Also, it has Rick Rubin in it for extra cred.

2. Beastie Boys – So What Cha Want:
I remember being really stoned late one Saturday night when this clip came on. I had heard the song and already loved it but the clip was another level of radness. All the footage is in slow motion, but the lips match the words and for a while (maybe because I was stoned) I couldn’t work out how they did it. It’s just so cool and so suited to the song. It’s got psychedelic sky effect too and I still don’t really know what that is, but it’s super cool.

3. Outkast – Hey Ya!:
This clip is great mainly because of all the little character roles that Andre 3000 adopts when performing as every member of the band. I’d be willing to bet that he played or could play all of those instruments as well. Andre is the master!

4. 2Pac & Dr. Dre – California Love:
Like most dudes, I don’t mind a good post-apocalyptic action flick every now and then but to drop the amount of coin it would have cost to basically rebuild every prop and costume from Mad Max Thunderdome for a 3-minute film clip takes a lot of confidence. To their credit the song is obviously huuuuuuuge and in hindsight the clip was worth every penny.