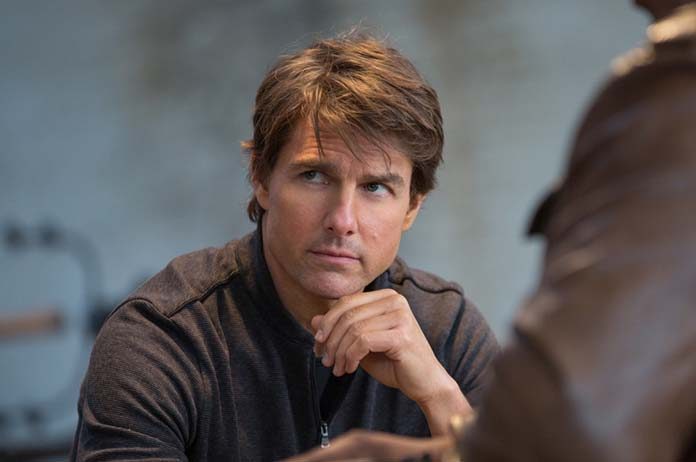 Tom Cruise is set to start in a new space movie in October 2021 and it will be his biggest stunt yet!

A recent tweet from the Space Shuttle Almanac revealed that Tom Cruise would be the lead in a new space movie that would be the first to film in outer space on the International Space Station (ISS). Joining this stunt actor will be director of The Bourne Identity, Doug Liman and it will be part of Elon Musk’s Axiom SpaceX Crew Dragon Capsule.

Both director and actor will head to the ISS and begin production on the first ever movie shot in space. Even though this movie does not have a name or plot yet, it will undoubtedly be Cruise’s most death-defying stunt in his decades-long career.

The tweet from the space shuttle almanac reads: “so it’s confirmed that @CommanderMLA is flying the @Axiom_Space @SpaceX #CrewDragon tourist mission with Director @DougLiman and Tom Cruise. One seat still to be filled. They are to launch in October, 2021.”

No representatives for Cruise or NASA have responded to any comments.

In the past, Cruise has dabbled in stunts such as hanging off the side of a jet plane and scaling skyscrapers. This new space movie though has been confirmed as not being a part of the Mission Impossible franchise, which is currently filming it’s seventh movie after Cruise paid cast and crew to live on cruise ships during the COVID-19 pandemic.

NASA administrator, Jim Bridenstein announced this stunt actor is keen to go into space to further his impressive acting career. This incredible actor has been nominated for three Academy Awards and is set to star in the upcoming 2021 sequel to hit film Top Gun.

“NASA is excited to work with @TomCruise on a film aboard the @Space_Station,” read the tweet. “We need popular media to inspire a new generation of engineers and scientist to make @NASA’s ambitious plans a reality.”

So what are your thoughts on this? Are you excited to see this film? Let us know by commenting below.