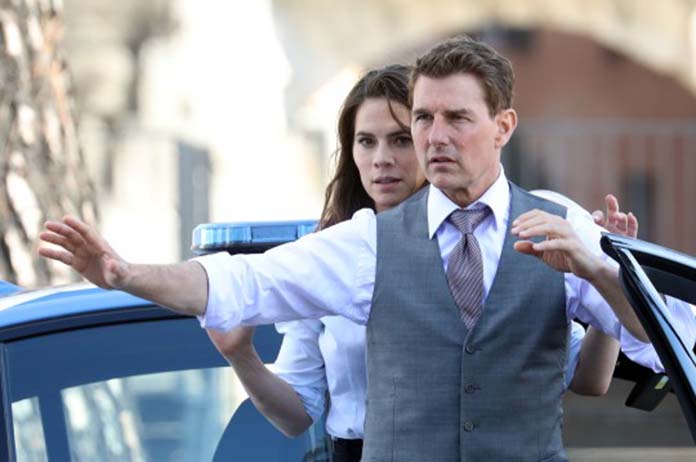 Mission Impossible actor Tom Cruise and his co-star Hayley Atwell have broken up after one year of dating.

The 59-year-old action star and the 39-year-old British actress reportedly split during filming for the new movie.

What appeared to be a relationship intensifying at events like Wimbledon, the pair have now just agreed to be “friends”.

“Their filming schedules are very full-on, and Tom has a number of other commitments coming up and is always shooting around by private helicopter and jet so it just ran its course,” a source said.

“But they’re still happy to work together. It’s a shame, but just one of those things. They still get on well.”

It is said that the two actors “hit it off from day one” on the set of Mission Impossible.

One scene in the movie sees Atwell playing the character of Grace, cuffed to Cruise’s character Ethan Hunt. Photos from set showed the couple holding hands for real between filming.

Atwell was Cruise’s first long-term partner since his split from former wife, actress Katie Holmes in 2012.