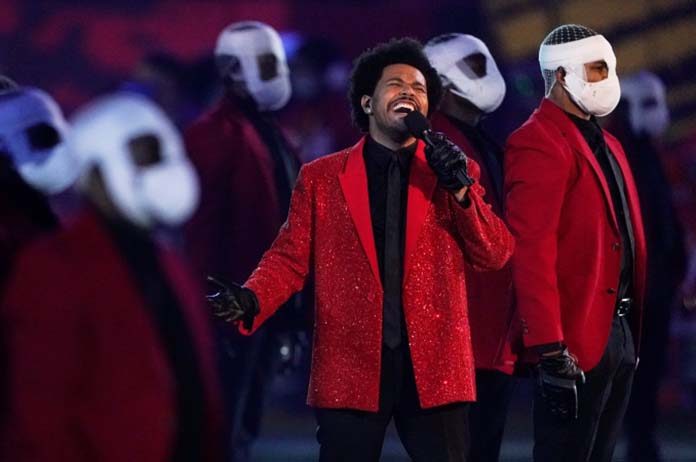 Have you wondered what went into making The Weeknd’s Super Bowl Halftime Show so amazing? Well, all questions will be answered as the superstar takes his fans behind the scenes of the show in his new TV documentary.

The Weeknd brought the house down, putting on a jaw-dropping hit show for almost 100 million people from around the world at this year’s Super Bowl halftime show on February 7. This year’s competition was between the Tampa Bay Buccaneers and the Kansas City Chiefs.

Fans will now get to know what the months beforehand held for the hit superstar as he prepared to put on the show of a lifetime. The performance only lasted 13 minutes but it was monstrous. There will now be a 90-minute film about the incredible hard work that went into making this super performance. Produced by JAY-Z’s Roc Nation Firm and Jesse Collins (the first black executive producer at the event), this performance was created among the COVID-19 pandemic. And will now be showcased in a documentary directed by Becoming’s Nadia Hallgren.

The Vice President of Marketing for Pepsi, Todd Kaplan had this to say.

“The Pepsi Super Bowl Halftime Show is undoubtedly the world’s biggest stage, producing the most viewed and talked about moment in music every single year. The pressure to deliver an iconic, memorable and entertaining performance is felt well beyond the artist, as there are a number of people – behind the scenes – who are vital to its success.”

“With our new documentary coming to Showtime, we are taking fans on the emotional and thrilling journey of what it takes to make the biggest show of the year – with the added complexity of doing so amidst a global pandemic.”

You will be able to view the documentary later this year on U.S. network Showtime.

What are you thoughts on this? Let us know in the comments below.