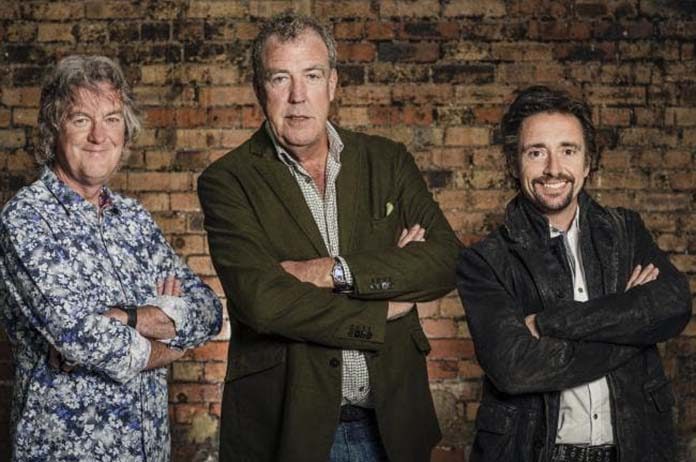 The former Top Gear hosts Jeremy Clarkson, James May and Richard Hammond have announced that they are getting rid of the studio format of their show after 17 years.

“It’s the end of an era,” Clarkson said as he choked back tears during the filming of the latest series of The Grand Tour.

The 58-year-old told British newspaper The Sun, “It’s a really sad day. I will miss the banter with each other and with the audience.

“But we’ve been doing that show for effectively 17 years — sitting around in studios, watching cars race around the track.

“There are only so many times you can watch a BMW go round the track — what more can you say? It’s got four wheels and a seat.

“We all agreed that we’ve been doing it a long time, and everything eventually runs its course.

The former Top Gear hosts have signed a new two-year deal with Amazon. The new program will be similar to Top Gear where they will travel around the world to places like Vietnam and Botswana.

“We’re not doing the big studios shows anymore. But we all love travelling and still enjoy each other’s company after all these years.

“You get to the point where it’s the specials, when we’re out on the road in far-flung places, that we like doing the most.

“We did five in Season Three across the world in places like Mongolia and the US where we didn’t have the studio tent.

The third season of The Grand Tour is due to air on Amazon Prime next month.