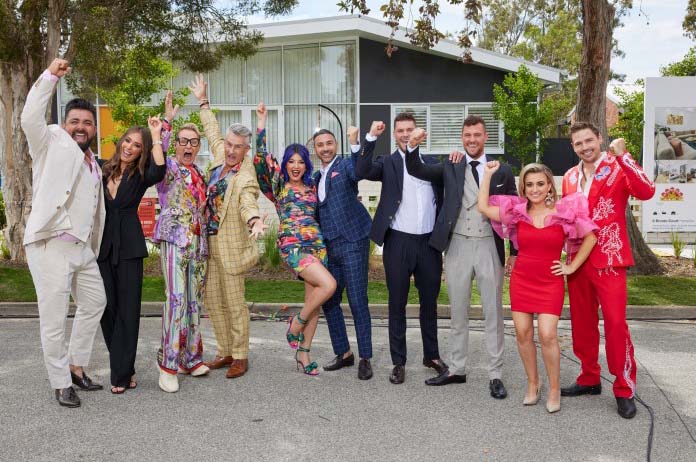 The winners of Channel Nine’s The Block 2021 have been crowned.

They were more successful this season then in their first appearance on The Block in 2019.

All of the teams pocketed earnings from the sale of the five houses in Bronte Court and, in a twist, some of the couples who often panned by the judges were among the biggest winners.

It was an unexpected result for the brothers, who had endured a rollercoaster of feedback from the judges of the Room Reveal every week.

Vito and Tanya Guccione came third with a $3,800,000.01 sale, and were followed by young country couple Kirsty Lee Akers and Jesse Anderson, who renovated this year’s biggest house.

Ronnie and Georgia Caceres, who were fan favourites and gained consistent praise from the judges and earned the highest number of points during the season, came in fifth place.

All properties were auctioned in the order they were numbered on the show.

Judges were not very happy with the winning house throughout the season, using words like “Claustrophobic”, “oppressively small”, “dumb” and “insane” to describe McKie and Edward’s rooms, finishes and design choices.

Though they fumed at the comments, they committed to their style and ideas and their house was snapped up by serial Block buyer Danny Wallis, known for placing unusual bids during auctions.

Edwards and McKie have launched a homewares range called Mitch and Mark Home and plan to open a flagship store in Sydney’s Newport.