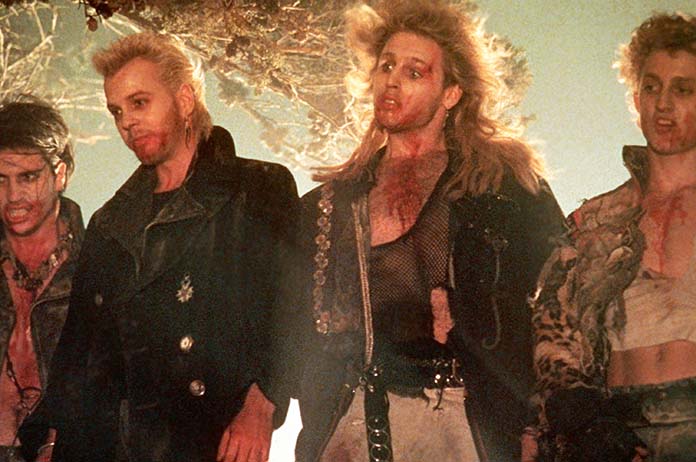 The CW Network is responsible for countless critically acclaimed series such as The Vampire Diaries, The Flash, and teen-drama Riverdale. The CW were recently in talks to produce a television remake of the 1987 supernatural vampire horror film, The Lost Boys.

A television series of The Lost Boys would have fit perfectly with the CW’s list of former, current and upcoming programming content, specifically because CW is home to countless vampire-based dramas which are directly influenced by The Lost Boys and its youthful/sexy depiction of vampires.

The feature film is set to include up-and-coming talent and horror film heavyweights, Noah Jupe, known for his role in A Quite Place Part One and Two, as well as Jaeden Martell from IT.

It is still unclear what their roles will be in the remake, however reports suggest they would play the Emerson brothers, Michael and Sam, who move to Santa Carla, California, with their mother to live with their eccentric grandfather.

Who will be cast as their mother, Lucy Emerson, is still unclear, as is the casting of vampire leader, David Powers, and vampire hunters, Edgar and Alan Frog.

Very little is known about the project since it went from a possible TV series for the CW Network, to a Warner Brothers produced blockbuster film.

However the information that is not up for debate or assumption is who will be directing the writing the project, with Warner Brothers announcing that acclaimed short film writer, Randy McKinnon, will be writing the remake, with creator of Netflix original series, The End Of The F****** World, set to direct.

Are you excited for a remake of The Lost Boys? Let us know in the comments below.