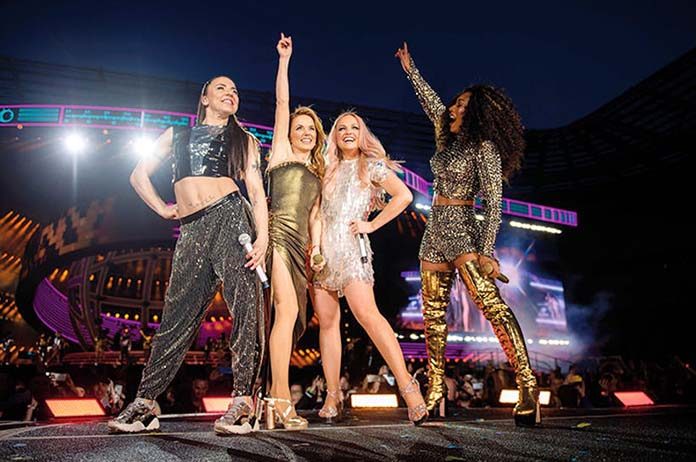 Mel B has backtracked her announcement that the Spice Girls will be bringing their reunion tour to Australia next February.

At the end of the group’s final show at London’s Wembley Stadium on the weekend, Mel B told the crowd, “We’ll see you in February in Australia!”

Social media was set alight with Aussie fans expressing their excitement to see the girl group perform down under for the first time.

But in a radio interview with 2Day FM’s Grant, Ed and Ash this morning, Mel B admitted the tour isn’t locked in.

“My thing is, and I’ve got a bee in my bonnet about it, is that we need to come to Australia first out the gate.

“I announced it on stage, yes, without everybody else signing off 100 per cent, but I figured if I put it out there maybe it’s going to happen.”

“So, you’re manifesting it?” Ash London asked the singer.

The singer known as Scary Spice said her bandmates are “not on board fully, yet,” with the idea of an Australian tour.

“But I will make sure it actually does it happen,” she added.

What’s your reaction to the Spice Girls announcing an Aussie tour and then backtracking? Let us know in the comment section below.