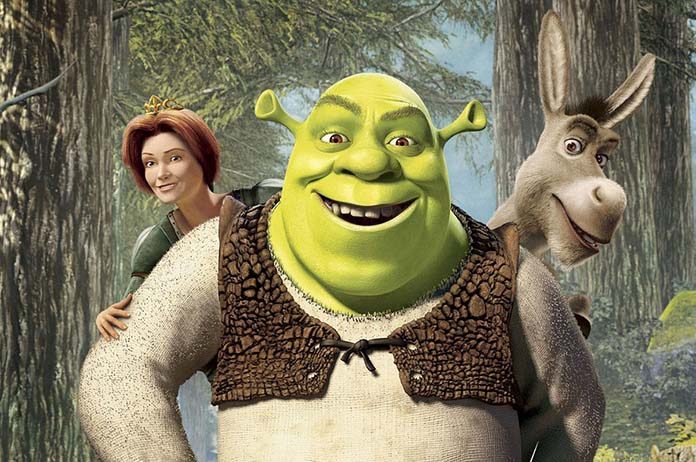 Ben Mingay and Lucy Durack will play the lead roles of Shrek and Princess Fiona in the lavish and fun multi-million dollar musical comedy, Shrek the Musical.

It has also been announced that Australian musical royalty Marcia Hines will play the role of the Dragon in a special guest appearance for the Sydney season. The Broadway smash hit will open at the Sydney Lyric Theatre in early January 2020, followed by seasons at Her Majesty’s Theatre in Melbourne from February and at the Lyric Theatre in Brisbane.

Ben, Lucy and Marcia are all well-known and much-loved for numerous roles on stage and screen. On-screen, Ben Mingay has been seen in Packed to the Rafters, Wonderland, Home and Away and House of Bond as Alan Bond.

Ben has played Tommy DeVito in Jersey Boys, the title role in The Phantom of the Opera, Zack in An Officer and A Gentleman, and Billy in the original Australian production of Dirty Dancing which led him to star in the UK and USA productions. Ben is currently rehearsing the title role of Sweeney Todd for West Australian Opera.

Lucy Durack shot to stardom as Glinda the Good Witch in the original Australian production of Wicked, and has since played Elle Woods in Legally Blonde (for which she won a Helpmann and a Sydney Theatre Award), Glinda in GFO’s The Wizard of Oz, Sybil Chase in Private Lives for Melbourne Theatre Company and Peggy Sawyer in 42nd Street, amongst others.

Her numerous film and television credits include Get Krack!n, Roxy in Sisters, Doctor Doctor, The Letdown, Now Add Honey, Goddess, Upper Middle Bogan, Here Come The Habibs, The Moodys and Dripping in Chocolate. Lucy will be seen as a judge on a new season of Australia’s Got Talent in August.

Marcia Hines made her stage debut at the age of 16, in the Australian production of the musical Hair and followed with the role of Mary Magdalene in Jesus Christ Superstar. She went on to perform in many other stage productions including GFO’s Big River and Jerry’s Girls, the cabaret shows Velvet and Pigalle, and has just finished playing The Diva in Saturday Night Fever.

A major recording artist with several hit singles during the 1970s and 80s, Marcia was voted Queen of Pop for three consecutive years from 1976 and was inducted into the ARIA Hall of Fame in 2007. She also gained popularity as one of the judges on Australian Idol for several seasons from 2003.

With music by Jeanine Tesori and book and lyrics by David Lindsay-Abaire, Shrek the Musical is based on the Oscar-winning DreamWorks film Shrek and William Steig’s 1990 book Shrek!. When it was launched, the film Shrek was the first Academy Award winner for the Best Animated Feature, was the #1 highest grossing animated film and the #3 highest-grossing film. Still today, three of the Shrek films are in the Top 20 Highest Grossing Animated Films of all time.

Shrek the Musical brings the hilarious story of everyone’s favourite ogre to life on the stage. In a far away kingdom turned upside down, things get ugly when an unseemly ogre – not a handsome prince – shows up to rescue a feisty princess. Throw in a donkey who won’t shut up, a bad guy with a SHORT temper, a cookie with attitude, and over a dozen other fairy tale misfits, and you’ve got the kind of mess that calls for a real hero. Luckily, there’s one on hand…and his name is Shrek.

“When the opportunity to produce Shrek the Musical arose, I instantly thought of Ben and Lucy as ideal casting for Shrek and Princess Fiona, and I’m thrilled they have both agreed to join the production. And when I saw Marcia Hines command the stage in Saturday Night Fever, I knew she should play our Dragon,” Australia’s leading theatre producer John Frost said.

“We’ll be auditioning for the rest of the cast next month and I can’t wait to find Donkey, Lord Farquaad, Gingy, Pinocchio and all the wonderful characters in this hilarious musical comedy.

“I fell in love with the show when I saw it on Broadway and was bowled over by the way audiences responded to the social issues it covers, themes like friendship, discrimination, acceptance, inclusiveness and ‘don’t judge a book by its cover’. I know Australia is going to fall in love with Shrek the Musical as much as I did,” Frost added.

Are you excited to see Shrek the Musical? Let us know in the comment section below.