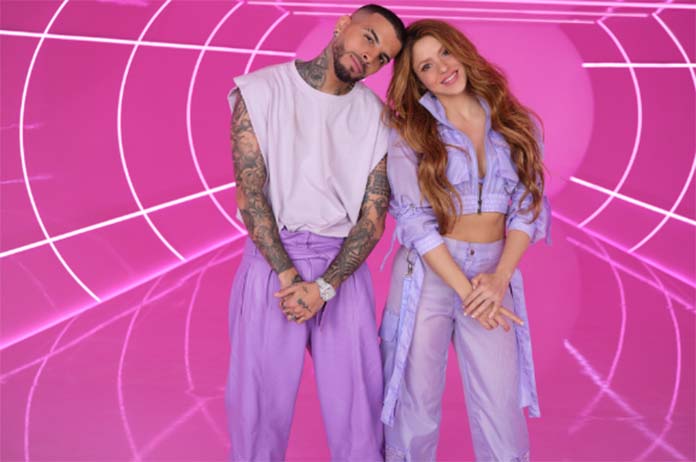 The Hips Don’t Lie singer has joined forces with Puerto Rican rapper Rauw Alejandro on the single, which translates to I Congratulate You.

The Spanish language song follows 2021’s English single Don’t Wait Up and the video features Shakira, known for her hip-busting moves, dancing with a robot and going on a date with an android called Alejandro.

Shakira, 45, recently celebrated the 20th anniversary of her first English album, Laundry Service (Washed and Dried), with the release of a special anniversary edition. The new version has four bonus tracks, including an unreleased remix of Whenever, Wherever from Shakira’s electrifying halftime performance at the Super Bowl LIV in February 2020.

As well as this, there is also a Sahara remix of the hit single, as well as an acoustic version of Underneath Your Clothes, and an Afro-punk take on Objection (Tango).

Shakira reflected on the album in a video on her YouTube channel, saying:

“Laundry Service was a testament to the fact that I was able to do anything. That my commitment was so huge … my commitment to music and to my own dreams that nothing was going to be an obstacle, not even myself.”

“It was the first English language album that I made, and it was a huge challenge for me at the time. At that point, I had had some success in the Spanish world, but it was exhilarating and scary at the same time to push myself to new territories.”