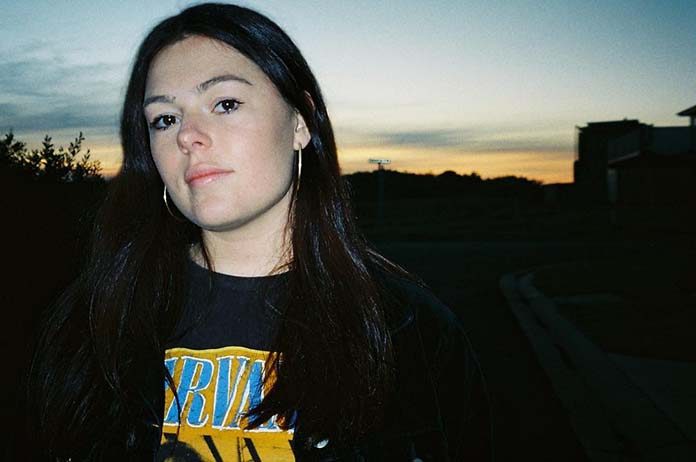 London born Soul rocker Rya Park recently stopped by Rave It Up HQ to chat about her new single Act Your Age.

Hey Rya. Welcome to Rave It Up. It’s a pleasure. Thanks for taking out some time to chat with us. I hear you are a fan of Rave It Up and a regular reader. Thank you. What are your favourite types of articles to read?

You’re welcome! I mostly read Q&A’s like this one about musical artists. Helps you get to know them a little bit more I reckon.

I grew up in Singapore with my family and there wasn’t exactly a music scene as such. However, my older sisters and dad introduced me to great music at a really young age. My favourite records to listen to as a 6-year-old were by The Red Hot Chilli Peppers, The Rolling Stones and Carole King. My dad also sings a bit so sometimes he’d play guitar for me while I sang some of my favourite songs.

Were there any other careers that you wanted to pursue when you were younger or was it always music?

At one point, I wanted to do musical theatre quite seriously, even when I was about 17 or 18. I can’t really imagine doing that anymore though. I’m too awkward haha. Writing and performing my own material though is what I’ve ultimately always wanted to do though.

You were born in London too. When did you make the move over to Australia?

I was! I was pretty young when I moved from London to Australia but then not long after that, we moved to Singapore for 8 years. Would definitely call Australia home though.

Not really sure if I’d label them as haters, but there have been a few old friends that have made comments here and there. It does get me really down for a couple of days but then you just kind of have to laugh and move on. Not really much you can do. In the process of writing a song about that though haha.

Your debut single Billy was included on Peking Duk’s Top 5 Triple J Unearthed Songs of 2017. How did that make you feel?

My dad actually found it on Soundcloud weeks after it was announced and texted it to me. I was in the car with my friend Grant and I squealed. It was a bit of a bizarre feeling actually but being my first single, it was a really nice piece of encouragement.

You now have a new song out called Act Your Age and it is a word of advice for your best friend about her dating life. Can you tell us more about this? Does she now know the song is written for her?

Over the years, she has just continued to date people that were not the right fit for her or just not good enough for her in my opinion. She’s a beautiful person and has so much love to give. I just wanted to tell her that she needed to tell these people to grow up in order to be with her. She definitely knows that it’s about her and loves that haha.

How long did the whole process take? Writing, recording and production.

Well we probably started writing the song in November last year and finished the production in about March this year. We recorded most of it though on the day that we wrote it!

You recorded it all in one take, didn’t you? That’s incredible. How authentic!

Yes! I mean we wanted to get down a demo and Peter Farnan, who produced the track with me, always likes to give the demos a bit of character. When we listened back to it after a couple of weeks, we realised that in that demo we had captured exactly what we wanted and it hasn’t changed since!

Have you ever not acted your age too? haha

Yeah of course, haven’t we all!

Over the summer, I’ll be finalising my debut EP to put together and will be expecting to put out the first single from that in March next year!

Any plans to tour next year and any plans to collab with other artists?

Yeah for sure! Performing is definitely my favourite part of all of this and I’ll be doing lots of that in the new year. I’ll be working with a few different artists on the upcoming releases, so you could expect some collaborations to come from this new EP!

What advice would you give to our readers if they would like to follow their dreams of becoming a singer?

As a closing statement and what is probably the most important question: Knowing what you know now, what would you tell your 14- year-old self?

Thanks again for having a chat to us today Rya. Keep in touch!

Rya Park is holding a single launch for Act Your Age on Thursday December 13 at The Tote. You can buy your tickets at the door for $15.