Justin Bieber decided to take his relationship one step further and took 18-year-old girlfriend to his home county to spend time with his loved ones. He is rumoured to be going to ask Selena Gomez to marry him on her 19th birthday next month. Billboard Music Award night’s biggest shocker came when Justin Bieber proudly kissed Selena Gómez, in the mouth after Far East Movement and Snoop Dogg announced that he had won the “Top New Artist of the Year” award.

Both the pop-stars Justin Bieber and Selena Gomez are getting serious enough to be taking off on romantic getaways. The couple is in love and like all love stories; it is believed that they will finally marry.

After exchanging several kisses on a jet-ski and holding hands on the beach Gomez, 18, jumped into her boyfriend’s arms and straddled him on the beach. Shirtless Justin Bieber was seen enjoying the waves, frolicking on beach and getting cozy with Selena Gomez while spending a romantic holiday in Maui, Hawaii.

“‘It’s her 19th birthday in July and he’s planning to propose to her at a birthday party he’s organizing for her,” told a so-called insider to the NOW magazine. “The teen heartthrob, 17, who’s been holidaying in Hawaii with his girl, was so shocked by pal Sean Kingston’s jet ski accident in Miami, he’s been thinking seriously about his future,” explains the site. In, Maui, Selena was spotted in Maui wearing a bright, strapless Bikini top with jean shorts and carrying a leopard print bag. Her super long hair was all beachy, tousled and just fabulous. “ 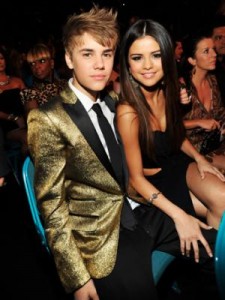