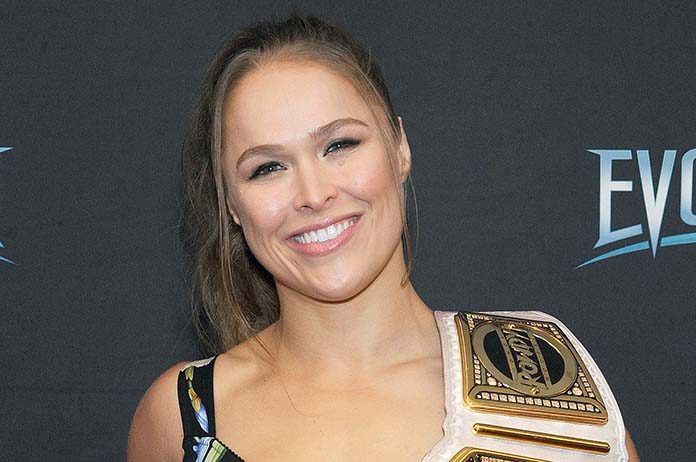 The fighter-turned-actress shared the happy news with her fans via a video on her YouTube channel on Wednesday.

In the video, Rousey and her husband, fellow fighter Travis Browne, announce the news as they sit on an outdoor bench swing. The couple were joined by their dog, and have a pillow over Rousey’s stomach.

“I don’t know how to put this…,” she begins, before removing the pillow and declaring, “Pow, four months pregnant!”

As Browne rubs her growing belly, she continues, “I can’t hide it anymore, so it’s time to show it off.”

The video then shows the parents-to-be experiencing the joy of discovering the pregnancy, along with shoots of ultrasound appointments.

Rousey took the time to thank her fans for their “well-wishes and positivity”, and a message pops up on the screen saying that they will soon be bringing viewers to a gender reveal.

She closes the video by saying, “Baddest baby on the planet, coming to you soon, September 22nd (sic)!”

Are you a fan of Ronda Rousey and excited for her pregnancy? Send a message of love and support in a comment below.