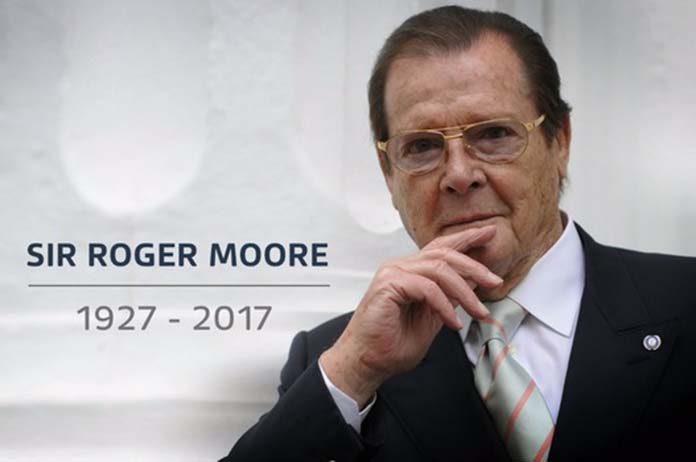 Sir Roger Moore has unfortunately died from cancer at the age of 89.

“It is with a heavy heart that we must announce our loving father, Sir Roger Moore, has passed away today in Switzerland after a short but brave battle with cancer. The love with which he was surrounded in his final days was so great it cannot be quantified in words alone,” the statemement read.

“We know our own love and admiration will be magnified many times over, across the world, by people who knew him for his films, his television shows and his passionate work for UNICEF which he considered to be his greatest achievement.”

Fellow actors have paid tribute to Moore on social media.

Boy George tweeted, “R.I.P Sir Roger Moore. He was the king of cool.”

Actress Jane Seymour, who starred alongside Moore as a Bond Girl, wrote about her devastation at hearing his passing on Instagram.

“He taught me about work ethic and humility. He was so funny, kind and thoughtful to everyone around him and in that Roger taught me what a movie star really was and should be,” she said.

The family ended their statement saying, “In accordance with our father’s wishes there will be a private funeral in Monaco.”

It was signed off by children Deborah, Geoffrey and Christian.

Send your condolences to Moore’s family and friends by commenting below.