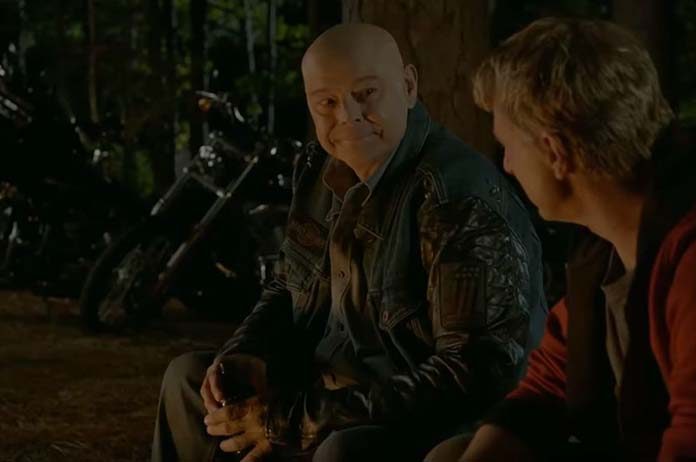 Robert Garrison, known for playing Tommy in The Karate Kid, has unfortunately passed away at the age of 59 due to a battle with kidney and liver problems.

A representative for Robert called him “an ambassador to The Karate Kid legacy.”

“His performance in Season 2 of Cobra Kai, being his last, was simply amazing and he stole the episode. He will be missed by me and everyone he encountered.”

Robert passed away in a hospital in West Virginia, where he was for over a month, before his organs shut down, which was revealed by his sister-in-law.

His brother Patrick stated, “My brother was a fun-loving guy. He enjoyed people and he enjoyed life. He liked to have fun and make people laugh up until the very end. He will definitely be missed.”

Robert’s family have said they are coordinating funeral arrangements for the actor whose career started in the late 1970s. His is known for one of the most memorable lines in The Karate Kid, “Get him a bodybag!”

The actor left the business between 1995-2011, to which he would then appear in YouTube’s Series adaptation Cobra Kai as his iconic character. He also appeared in smaller roles on MacGyver, Homefront and Coach.

Jon Hurwitz, the writer-producer of Cobra Kai, recently tweeted out, “I’m heartened to know how much Rob enjoyed and cherished his time working on Cobra Kai. We were looking forward to seeing his smiling face again this season, as we had plans for Tommy to ride again. But he’ll remain in our thoughts every day as we strive to make him proud. #RIP.”

Robert is survived by his brother Patrick, and many fans of the original Karate Kid movies are paying tribute all over social media.

If this made you feel overwhelmed or upset, please contact LifeLine on 13 11 14.

Are you as devastated as we are? Were you a fan of the original Karate Kid movies? Let us know in the comment section below.