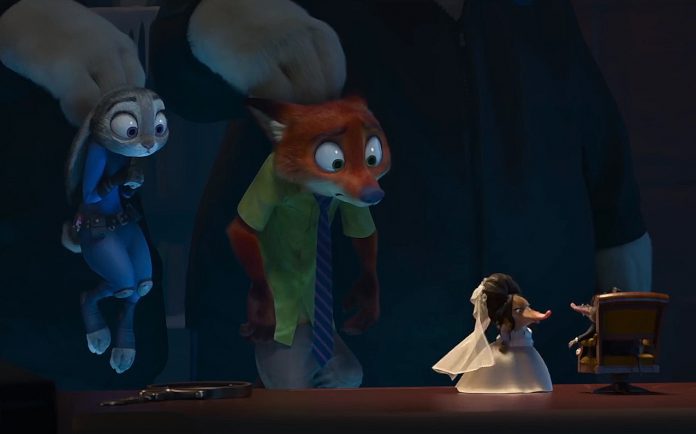 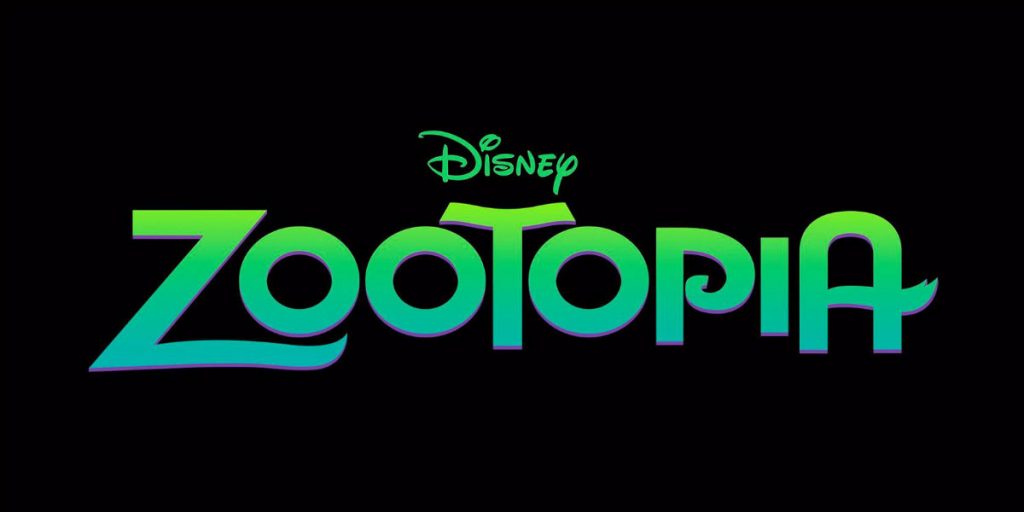 A Hare Off From Purrfection

The premise of a film based around animals of all shapes and sizes living in a big city altogether in harmony doing human activities but with an animal twist sounds exactly like the formulaic idea of a children’s Disney movie. Animals that speak like humans, walk on two feet like humans, have jobs like humans and experience the same challenges of everyday modern life like we humans do allows the audience to associate themselves with many of the characters in the film. 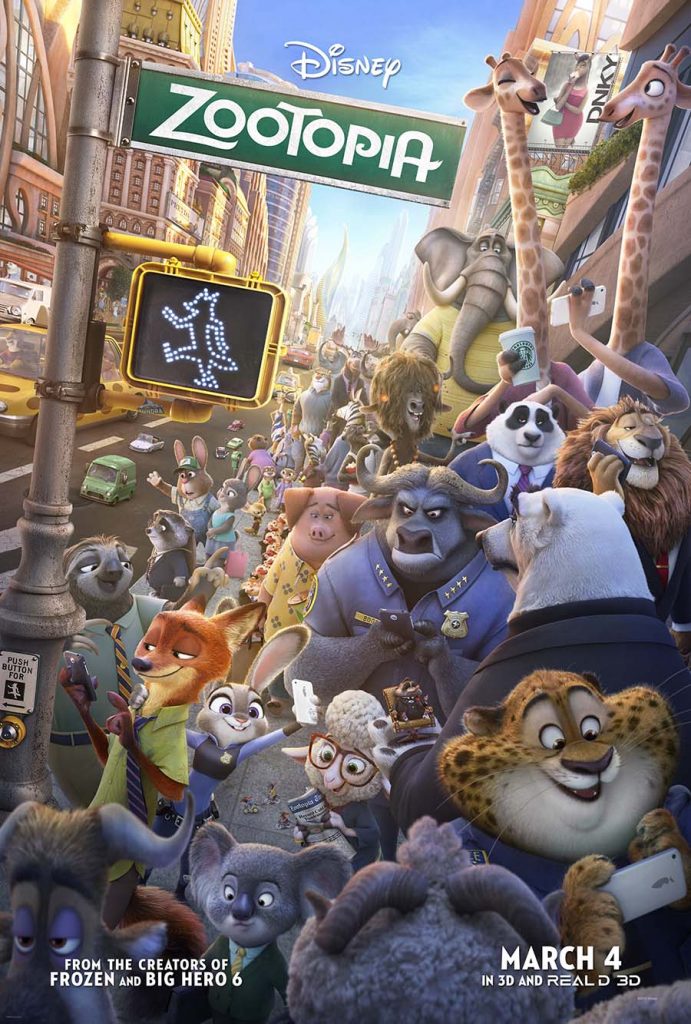 It is due to this close association to our own modern lifestyle and the setting taking place in modern-day reality (but with animals replacing humans) that makes Zootopia the darkest and most adult Disney film, wrapped in a sweet fuzzy wrapper. Fair warning to parents, there are some very dark and scary scenes, along with mature themes, in Zootopia. If you have small toddlers and easily frightened children, I would recommend avoiding it completely.

You will not find any singing or fairytale stories in Zootopia, and the film is not afraid to point it out. There are no magical kingdoms, no Princes or Princesses, no happily-ever-after. This film definitely stands out as something completely different to Disney’s conventional repertoire, and while it is very refreshing to see Disney Animated Studios branching out into more mature and realistic settings, there are a few shortfalls that keep it from being considered a Disney Classic. While promotions for Zootopia have a younger target audience in mind, the story and themes are directly aimed at adults. Underneath the cute and colourful characters lies a dark mystery drama involving crime scene investigations, violent attacks and sinister underlying motives. 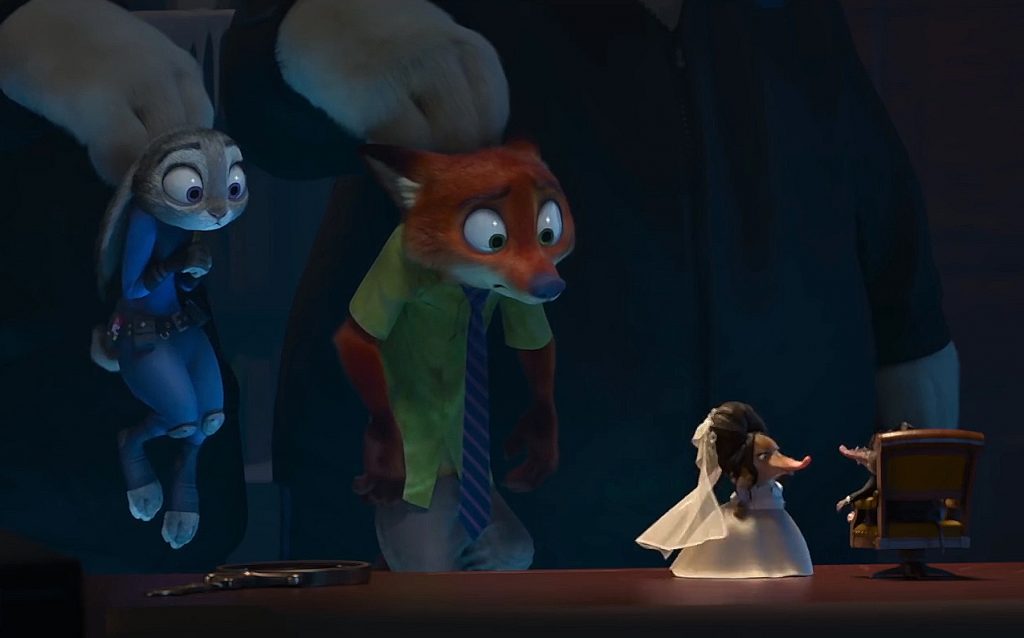 Zootopia is a buddy cop film involving a rabbit named Judy Hopps (voiced by Ginnifer Goodwin), who is a country-raised rabbit with big dreams of becoming the first rabbit police officer. This is where the theme of racial stereotyping starts and continues throughout the film. It is an underlying theme that all animals are restricted to certain jobs or expectations based on their species, or race, and the thought of a small weak bunny becoming a police officer is often laughed at or ridiculed. Even Judy’s parents tell her to keep her dreams realistic and focus on carrot farming should she fail the police academy training, a notion I’m sure many children and adults can relate to.
Cue the montage of Judy Hopps completing her police academy training and overcoming all obstacles and ridicule to join elephants, tigers, rhinos and bears as a new police officer in Zootopia. This brings up another theme that is continuously addressed throughout the film of achieving your dreams and working hard against any stereotypes and opposition that may keep you from achieving them.

Our hero Lieutenant Judy Hopps is given her first assignment as parking inspector, a thankless belittling job far from her dreams of making the world a better place. She soon finds herself involved in a chase, attempting to catch a thieving criminal weasel before assisting Mrs. Otterton in an investigation to find her husband Mr. Otterton. Her investigation crosses paths with Nick Wilde (voiced by Jason Bateman), a street hustling fox who does shady business to turn a quick profit, and together they must solve the case of Mr. Otterton’s disappearance. Their motives for completing this case are very much for personal gain, with Judy Hopps wanting to keep her job in the police and Nick Wilde not wanting Judy turning him in for tax evasion and fraud, again tackling adult themes far beyond children’s understanding. 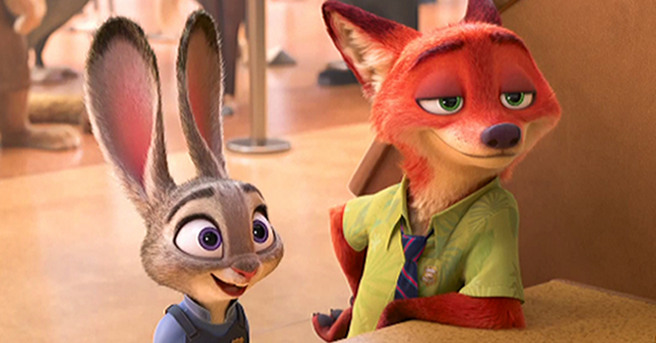 While the core storyline may be adult-themed, there are many scenes scattered throughout Zootopia that remind audiences that this is still a children’s movie, and these scenes are often hilarious for both adults and children. One particular standout scene involves sloths working at the Zootopia DMV (Department of Motor Vehicles) where long lines and slow service are expected. Despite seeing the trailers I was still left crying with laughter at this scene, standing as an excellent example of how Disney can work characters and scenes so everyone can find humour in it. Other colourful and cheerful scenes may keep the kids entertained, such as the scene where Judy Hopps chases the thieving Duke Weaselton through a tiny mouse town, but with inside jokes involving The Godfather or Breaking Bad appearing throughout the film, it becomes pretty clear that Zootopia’s content is aimed squarely at parents while appearing friendly enough for kids to watch too. 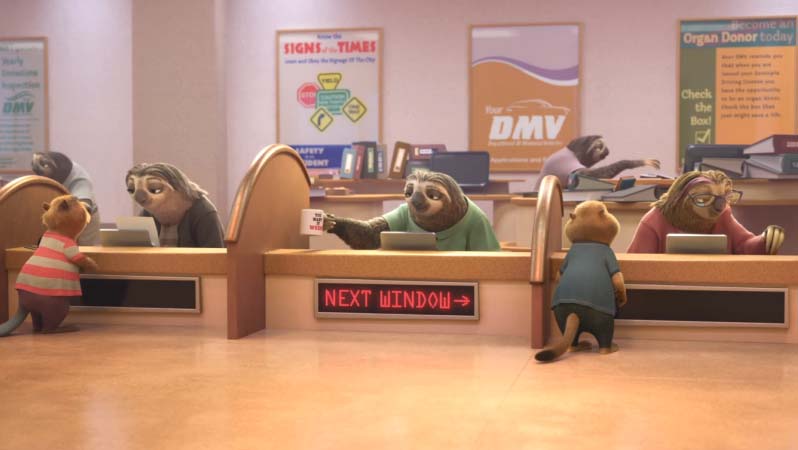 The film takes a darker turn deeper into the investigation when certain “Predator” species turn “Savage” and begin attacking smaller animals or “Prey”. This returns to the theme of racial stereotyping, where all predators are singled out and rallied against by the larger population of prey, with all predators believed to be a threat to the safety of Zootopia who’s population is 90% prey, despite most predator species co-existing peacefully with prey for many years. This is a carefully handled reference to today’s issues of racial stereotyping against certain cultures or races who are seen as a threat, and adults will easily see the similarities between the fear prey have of predators attacking and our fear of terrorist attacks. An incredibly mature theme to tackle for a children’s Disney film, but fortunately one that doesn’t target any particular group in reality but simply represents the fear many of us live with today. 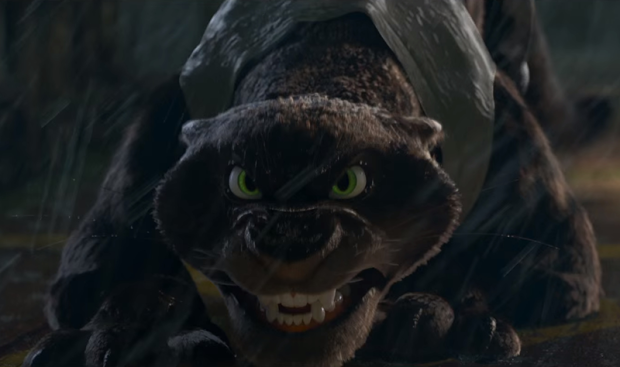 The appearance of Shakira as the pop star and celebrated Zootopia celebrity Gazelle is a nice musical break from the dark tones of the story, however her appearance feels a little forced as a token celebrity voice to add further entertainment value. Gazelle’s appearance is short and shallow, offering nothing to the story than a cheerful musical addition to entertain the kids and perhaps giving us a Zootopia version of Beyonce, Katy Perry or (in this case) Shakira. I actually felt like Shakira’s involvement was due to large amounts of cash and a song or two which felt very much out of place for a dark adult story in a Disney film, and the songs weren’t all that memorable either.

Altogether, Zootopia is a fun and colourful adventure that is sure to please both adults and children alike. The structure of Zootopia in accommodating all creatures of all shapes and sizes is very interesting to watch, and the clean colourful appearance of Zootopia makes it a joy to watch with children, despite the darker, violent and racial undertones of the story itself. There are several funny moments that both adults and children will love, and many adult references that The Godfather or Breaking Bad fans will get a laugh from, but overall Zootopia is an entertaining adventure that anyone of any age can enjoy. 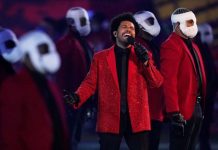 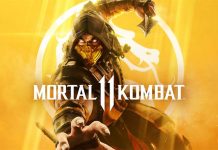 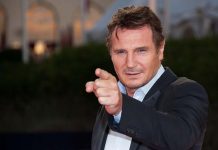 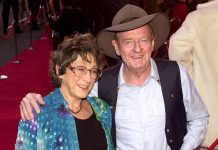