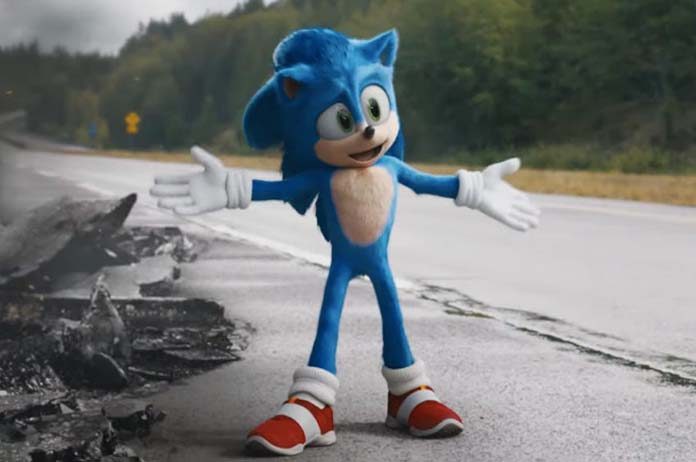 Sonic the Hedgehog is probably the most iconic character in gaming alongside Mario and Crash Bandicoot.

He’s been in countless games and remained a constant in Sega’s history. So when the announcement came that there was a movie about the Blue Blur, fans were thrilled.

However, the first trailer’s release showed signs of worry for audiences as he looked nothing like what he did in the video game world. Instead, he gave off the appearance of a child in a Sonic costume (and the teeth were frightening, to say the least).

The movie was set for a November 2019 release but was pushed back to February 2020 when fans called out the producer to fix Sonic’s looks. Fair to say, the new look that director Jeff Fowler implemented was and is a welcome change.

Sonic looked more in line with the game and the teeth were kept to a minimum. Not only that but the cast for this movie was very well chosen. Ben Schwartz voiced Sonic perfectly (similar to Roger Craig Smith in Sonic Boom) and gave a lot of personality to the character.

The choice of Jim Carrey to play Dr Ivo Robotnik (also known as Dr Eggman) was very clear and a perfect fit. Serious but humorous at the same time made it seem like Carrey was in his element as Dr Robotnik.

James Marsden, who plays Tom Wachowski, made his role seem effortless and very natural. Given that Marsden has worked with CGI animals before (Hop and Enchanted), it seemed like the best fit for him.

The film showed a lot to take in during the first few minutes and brushed over a bit as if to say, ‘this isn’t majorly important so move along’, but to summarise, Sonic is being hunted for his power and is told to hide on Earth for a while. It then transitions to 10 years later (presumably this year), where we find an older Sonic in Green Hills, Montana, messing around with Wachowski’s radar gun seeing how fast he can get. From there, it’s very easy to follow.

Sonic realises that he’s alone and has a bit of a mental breakdown causing a power-outage (or a literal sonic boom) wiping out the Pacific-Northwest. The government doesn’t know what they can do, so they call in Dr Robotnik and his army of machines.

Sonic, having now known that he’s being hunted (again), sets off to find a place where he can relocate safely using magic rings. Unfortunately, he’s caught by Wachowski, loses his rings through a portal to San Fransisco and begs for his help.

Dr Robotnik catches up with Sonic and Wachowski and passive-aggressively (but more aggressively) asks Wachowski where Sonic is before being horrified at Sonic and knocked out by Wachowski.

From there, the pair become fugitives while heading to San Fransisco to collect Sonic’s rings and avoiding Dr Robotnik’s machines. They eventually get to San Fransisco with the help of Wachowski’s wife, Maddie and say their goodbyes before Dr Robotnik decided to pop out of nowhere and tries to capture Sonic for his power.

Towards the end, Sonic and Dr Robotnik face a battle around the world, including on the Great Wall of China and the Pyramids of Giza, then finishing in Green Hills. There is an epic final battle between the two before Dr Robotnik is sent to a baron planet with nothing but mushrooms and Sonic hides out with the Wachowski’s.

A post-credit sequence shows Miles Prower, better known as Tails, looking for Sonic in the hopes of finding him and bringing him home.

It’s great to see that the premise for a sequel is set up and ready. Many movies would end it and get green-lit for a sequel, but they couldn’t expand any further. To see it ready in Sonic the Hedgehog shows that the team is set without leaving it too open.

Carrey’s role in this movie was an absolute delight. As I mentioned before, this feels like a natural role for him and I look forward to seeing him in the inevitable sequel.

The movie was fantastic and the easter eggs to the game were very welcoming. The characters and costumes (especially Carrey at the end) were very well chosen and, in regards to the actors, gave a lot of personality to the film.

However, while this movie exceeded all my expectations, there are a few minor issues. The humour seemed to fall a bit short in some areas. The start (as mentioned previously) was a little difficult to follow.

If there is a sequel, I hope that Fowler will make Amy and Knuckles (as well as any other character) look more in line with their video game counterparts like they have with Sonic and Tails.

I would strongly suggest you see the movie if you a gamer or Sonic fan. If you are neither, it is still a great watch.