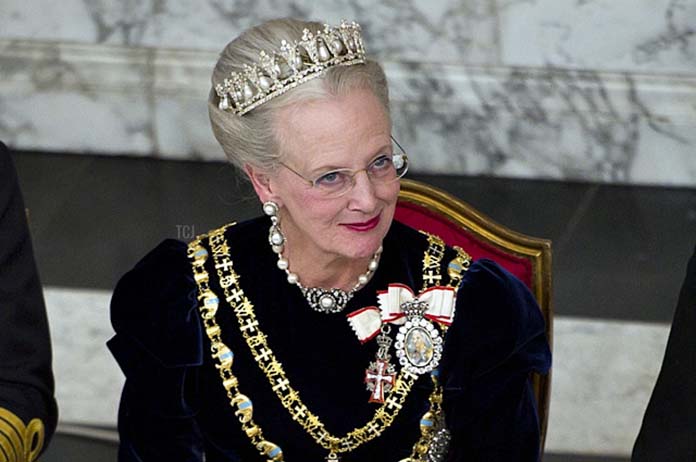 Netflix has hired the elegant Queen Margrethe II of Denmark as a set designer for fantasy romance flick Ehrengard.

The 81-year-old will oversee the scenography and costumes for the movie, due to be released in 2023.

The film is based on a 1962 novella of love and intrigue by Danish author Karen Blixen, most well-known for her memoir Out of Africa.

“Karen Blixen’s stories have always fascinated me, with their aesthetic tales, their imagination and their, to me, image-creating worlds — and I’m very happy to be part of this project,” the Queen said in a statement.

Ehrengard centres around a self-proclaimed love expert, Cazotte, who is hired by the palace to secure a royal heir.

While searching for a suitable future Princess, Cazotte teaches the shy and introverted Crown Prince the art of seduction but the plan backfires when an heir is conceived out of wedlock.

“The intrigues weave themselves in and out of each other and Blixen spins her spin around the characters until we (and they) are completely nonplussed. How will the riddle be solved?,” Margrethe said.

“I have tried to interpret Blixen’s fantastic universe in the creation of the découpages and costumes and I’m looking forward to seeing the tale of Ehrengard come to life in this film.”

Queen Margrethe has reigned since 1972, when she became Denmark’s first female monarch in over five centuries.

Yet, Ehrengard won’t be her first film credit. The multitalented monarch has previously worked as a production designer on the 2009 flick The Wild Swans and a short film adaption of The Snow Queen released in 2000.

Thanks to her longstanding work as a scenographer in Danish film, TV and theatre, Margrethe is an honorary member of the Association of Danish Scenographers.

The feature film will be directed by icon of Scandinavian film, Bille August, an Academy Award, Golden Globe and two-time Palme d’Or winner.

“The Queen has created the most fantastic découpages for the occasion, and they will be the dominant feature of the film’s overall scenographic expression,” August said in a statement.

“‘Fantastic’ (in the most literal sense) is our starting point for the film; we wish to use humour and elegance to create a devil-may-care, burlesque, fabulous and autonomous visual universe.”

Margrethe is in good company working with the streaming giant, joining Meghan Markle and Prince Harry after they announced their own multiyear deal with Netflix last year.

Are you excited for Ehrengard? Let us know in the comments below.