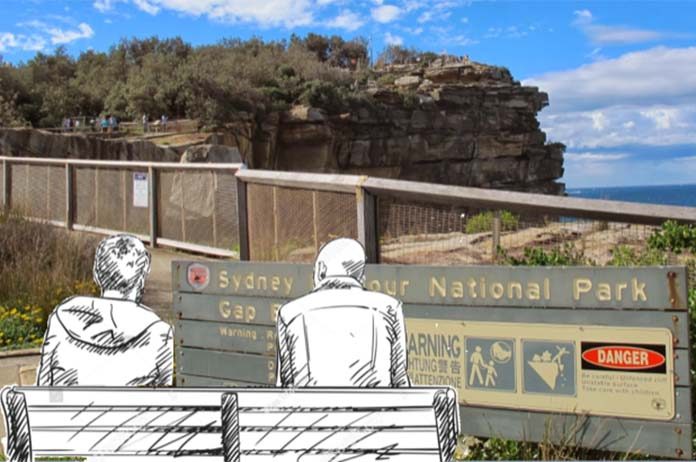 Bridging the Gap is a new play coming to ARA Darling Quarter Theater next Wednesday October 14. This second play-reading, produced by Moira Blumenthal Productions, depicts the problem with rising suicide rates in the modern world.

This new moving play by Brian Find, allows the indication between two individuals that come from vastly different backgrounds and cultures. It follows their story and deals with the rising rates of suicide within this modern world we live in.

“As an older solitary indigenous man strolls along the walking track of The Gap in Watson’s Bay, a younger man sits on the edge of the cliff, staring out at the ocean, battling an impossible dilemma. The younger man grapples with his identity – the very real fear of being rejected by his Rabbi father and potential ostracism by his community. Can this gentle elder show him another way? Is this a chance meeting, fate or are there other forces at work?”

Sounds like a play that breaks all the rules to bring the horrific truth of the real world to light, through entertainment whilst also informing many of the horrors they may not be prejudiced to. This is a MUST SEE!

Are you excited to see the play? Do you think it’s “bridging the gap”? Let us know in the comment section below.