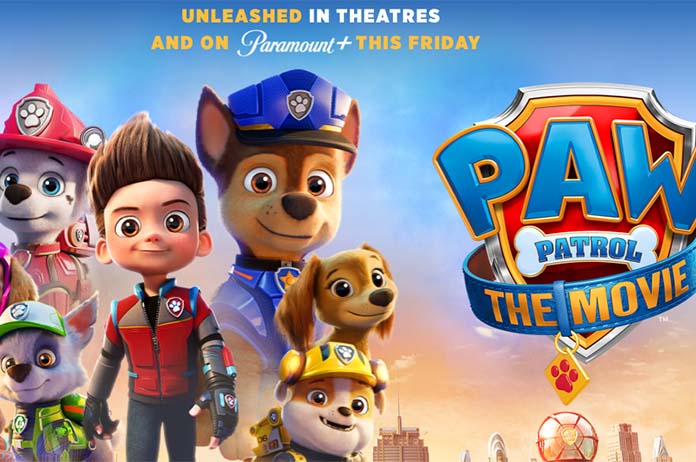 The massive success of the Paw Patrol franchise has resulted in countless children’s toys and merchandise, video games, a successful YouTube channel and in 2021, a feature length film, Paw Patrol: The Movie, which made it’s premier in theatres on August 20, 2021.

Paw Patrol: The Movie had a budget of $26 million and managed to gross over $135 million at the international box office in the midst of a global pandemic.

The continued success of the Paw Patrol franchise and demand for more content, as well as the success of their feature length film, has resulted in Paramount Pictures green-lighting a sequel to the 2021 film, with the sequel set to release in October of 2023.

Paramount has said in a statement that the sequel will not be streaming on Paramount Plus the same day of release, as was the release strategy of Paw Patrol: The Movie. Instead, the sequel is set for an exclusive release in theatres.

Who will star in the sequel, as well as the plot, is still unknown. However, when the 2021 film featured voice cameos from Kim Kardashian West, Dax Shepard and Tyler Perry, fans can expect the sequel to include another solid voice cast in 2023.

A spinoff series is also in the works, also set for release in 2023. The premise of the spinoff series is still unknown, however, Paramount have made it clear that one of the main pups will be getting their own show.

Spin Master Entertainment, the production company behind Paw Patrol, said in a statement by their president, Jennifer Dodge, that they are excited to expand on the Paw Patrol universe in 2023, after the success of the film in 2021.

“We’re looking forward to taking kids on a new adventure in the second film with our partners and can’t wait to further expand our storytelling with one of the fan-favourite pups in our spinoff,” said Dodge.

Are you excited for a sequel to the Paw Patrol movie and a spinoff in 2023? Let us know in the comments below.