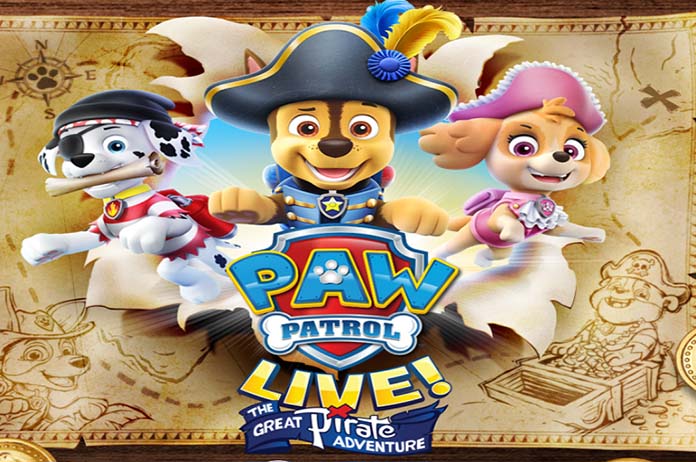 Children’s show Paw Patrol has swept the world with its continued success, teaching children critical values, such as kindness, empathy, responsibility, and being a good person.

Across 194 episodes and eight seasons, Paw Patrol has become one of the most viewed children’s shows in the past decade, being viewed in 160 countries around the globe.

Their continued success has resulted in a series of live shows. The first of which made their debut in 2016, under the name Paw Patrol Live: Race To The Rescue.

In April of 2022, the Paw Patrol crew will be touring Australia under their new show name, Paw Patrol Live: The Great Pirate Adventure. The new live show will see the Mayor of Adventure Bay, Mayor Goodway, preparing for Pirate Day celebrations. Trouble ensues and sees the rescue pups set out on a mission to the high seas to track down pirate treasure for Mayor Goodway, so that the Pirate Day celebrations can continue.

Tickets are currently on sale for Paw Patrol: The Great Pirate Adventure, with prices ranging from $49 to $50 for standard tickets, and VIP tickets valued at $79.

Each city is offering two Saturday shows. One at 10am and one at 1pm, and one Sunday show at 10am, with Sydney being the only city to host four shows with an additional show at 1pm on Sunday.

Are you excited for Paw Patrol Live: The Great Pirate Adventure? Let us know in the comments below.