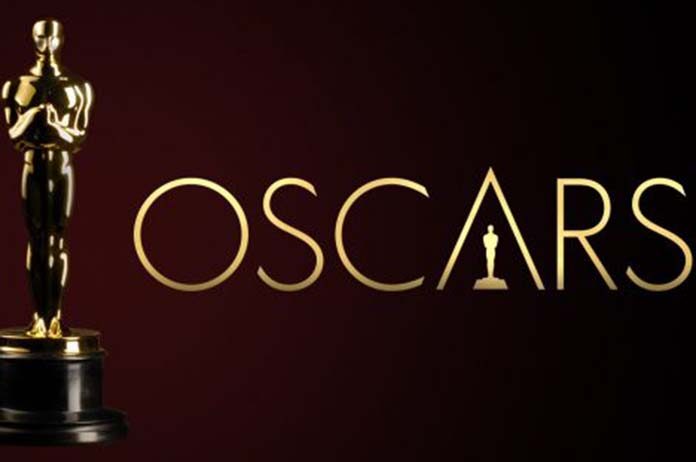 The 93rd Oscars are coming up in just six weeks and nominations have just been announced, the awards set to be held on April 25.

Mank is leading with 10 nominations, four more than the six other films tied for second place, the first black-and-white film, (second in 60 years), to be nominated since Schindler’s List.

The Best Picture category is overflowing with eight nominees and involves only one film from one of Hollywood’s major studios, Judas and the Black Messiah, created by Warner Bros.

Netflix has two nominations and Amazon has one, and A24, Focus, Searchlight and Sony Classics each have one.

The collective box office gross of the Best Picture nominees, as of today, is a paltry $14.1 million within North America, with just $4.8 million more added to the bottom line if you count worldwide ticket sales.

Nomadland is the clear headliner for ‘Best Picture.’ Promising Young Woman is one of two Best Picture nominees that was directed by a woman, (Chloé Zhao and Emerald Fennell), something new to the scene as well as having two women, (those same two), nominated in one year for ‘Best Director.’

Those two are the only films nominated for Picture and for Directing, Screenwriting, Acting and Film Editing awards. Chloé Zhao has also tied the record for most nominations by an individual, not named Walt Disney in a single year, with four nominations.

Also nominated for Best Picture, is Judas and the Black Messiah, a film solely produced by Black artists.

Also, for the second year in a row (after Parasite last year), it is a film with a central cast comprised entirely of performers of Asian descent, Minari.

Netflix has an astounding 35 nominations, a total that hasn’t been seen since Harvey Weinstein’s Miramax was nominated for 40 films back in 2003.

The Best Actor and Best Actress fields played out entirely according to the odds.

Chadwick Boseman, who lost his battle to colon cancer last August, is the seventh posthumous acting nominee and the first since Heath Ledger 12 years ago.

Delroy Lindo was praying for his first nomination but sadly, a decision was made to push him as a Lead rather than a Supporting Actor. He most likely would have been nominated, and could have possibly won, in the other acting category.

Nomadland’s Frances McDormand is the first woman ever nominated for acting in and producing the same film. She could also possibly become the second woman, after Katharine Hepburn, to have won a third lead actress Oscar. Carey Mulligan is nominated 11 years after her first nomination, and Viola Davis who has become the most nominated Black female performer ever with her fourth nomination.

Both Daniel Kaluuya and LaKeith Stanfield were nominated for Supporting Actor for Judas.

Other nominees include Sacha Baron Cohen for Trial (he also has a Screenplay nomination for Borat Subsequent Moviefilm) and Leslie Odom Jr. for One Night in Miami (who has also received an Original Song nomination for the film’s Speak Now, which makes him the fourth person nominated for both of those awards for the same film.

The fifth spot interestingly didn’t go to Golden Globe and SAG nominee Jared Leto for The Little Things, or Chadwick Boseman for Da 5 Bloods. It instead went to Paul Raci for Sound of Metal.

Glenn Close is nominated for one of the most critically derided movies of the year, which also gave her a nomination for a Razzie. She is also on her eighth nomination.

The other nominees are: Bulgarian breakout Maria Bakalova for Borat Subsequent Moviefilm, who won the Critics Choice Award, Youn Yuh-jung, for Minari and Amanda Seyfried for Mank and for her first “serious” role.

Jodie Foster got the Aaron Taylor-Johnson/Taron Egerton treatment for ‘The Mauritanian. She won a Golden Globe and then wasn’t even nominated for the corresponding Oscar.

The Academy’s contingent of writers always marches to its own beat. For the Original Screenplay award, the nominees were, Golden Globe winner Trial, Critics Choice winner Promising, Judas, Minari and Sound of Metal.

For the adapted prize, nominees included, Nomadland, One Night in Miami and The Father, finishing off the category with The White Tiger and Borat Subsequent Moviefilm.

Borat Subsequent Moviefilm is a particularly eccentric choice for the branch, not only because it features a lot of improv, but also because the branch tends to resist films that have many writers credited; this one has eight. If it wins, that would result in an onstage pileup the likes of which hasn’t been seen since Shakespeare in Love won Best Picture.

The Doc Feature award is between Amazon’s Time, and Netflix’s Crip Camp. This is one of two Netflix titles that were nominated this year, the other being My Octopus Teacher. Another nominee is, The Mole Agent.

The international race includes Another Round, which just so happens to be Denmark’s 13th nomination, as well as the first-ever nominee from Tunisia, The Man Who Sold His Skin.

Animated Feature includes Pixar’s Soul (director Pete Docter is up a record fourth nomination in the category), and Onward. Netflix has been nominated for both Over the Moon and A Shaun the Sheep Movie: Farmageddon. Wolfwalkers wins a nomination along with a sound nomination for Greyhound, represents the first-ever Oscar nominations for Apple.

Sound of Metal for Film Editing, and Sound.

Nomadland for Cinematography, and Film Editing.

Judas for Cinematography, and Original Song.

Mulan for Costume Design, and VFX.

The Father for Film Editing, and Production Design.

Tenet for Production Design, and VFX.

The most nominated woman in history to not have won an Oscar, Diane Warren has received nomination #No. 12 for Io Si (Seen) from The Life Ahead, for which she already picked up a Golden Globe.

Other nominees include Leslie Odom Jr. for Speak Now from One Night in Miami, the Critics Choice winner Judas, Fight for You from H.E.R., who picked up a Song of the Year Grammy, Trial’s Hear My Voice, and Husavik from Eurovision Song Contest: The Story of Fire Saga.

Last but not least, the Shorts categories. For Live-Action Short Two Distant Strangers, and the Animated Short If Anything Happens I Love You. For the Documentary Short category, nominees include A Concerto Is a Conversation, A Love Song for Latasha and Colette.