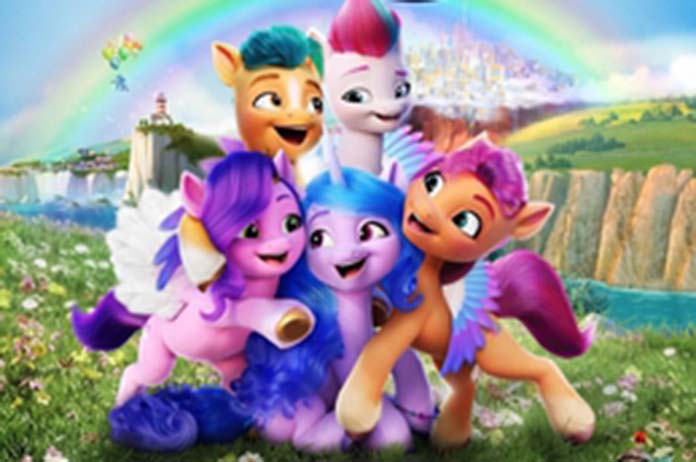 It’s no secret that films and TV shows today try to present a progressive image, including characters and plotlines to show they can move with the world today.

And now beloved children’s cartoon My Little Pony is joining in this, with a new Netflix movie introducing many characters labelled as progressive.

The 90-minute film, My Little Pony: The Next Generation, stars Jane Krakowski, Vanessa Hudgens, Sofia Carson, Elizabeth Perkins, James Marsden, Ken Jeong and more. The plot revolves around a land (Equestria) that’s divided and is in need of somewhat of a political awakening.

All the while, it maintains the cheerful tone and colourful visuals My Little Pony is known for.

In it’s description, Netflix draws the viewers’ attention to a ponyverse that is in disarray. Equestria has “lost its magic,” leaving three species – earth ponies, unicorns and pegasi – “living in fear and mistrust against each other.”

Hudgens stars as the heroine of the film, an earth pony named Sunny, who teams up with a curious unicorn named Izzy (Kimiko Glenn). Together, to provide a message about acceptance, empowerment, unity and reform, they attempt to make peace with outsiders from other communities.

“I think that it really reflects the times,” Hudgens said of the movie’s impact in an interview with ABC 6.

“My character believes in inclusion and friendship.”

“It’s such a sweet little message to be reminded of,” Glenn added to the outlet.

“Until you’ve experienced someone, you can’t know how they actually live. We flourish when we come together. It’s an important message.”

The film will apparently be packed with references to America’s current political climate, with many of the different types of ponies representing different factions of American society.

The film is now available to stream on Netflix.

What do you think of Netflix’s My Little Pony film? Does it send a good message about progressiveness? Tell us in a comment below.