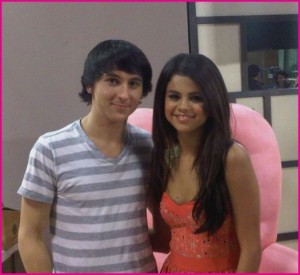 Mitchel Musso posted this photo of himself and his fellow Disney star Selena Gomez on the set of their new series “PrankStars.” Mitchel is the host of the show and Selena is involved in the pilot episode, but there’s no telling if she will be in any future episodes of the series.

Here’s what Mitchel posted along with the photo:

The show “PrankStars” is similar to the hit series “Punk’d,” but in this case rather than celebrities being pranked, the pranks are being played by celebrities on their fans! The show is set to premiere on July 15th on the Disney Channel.