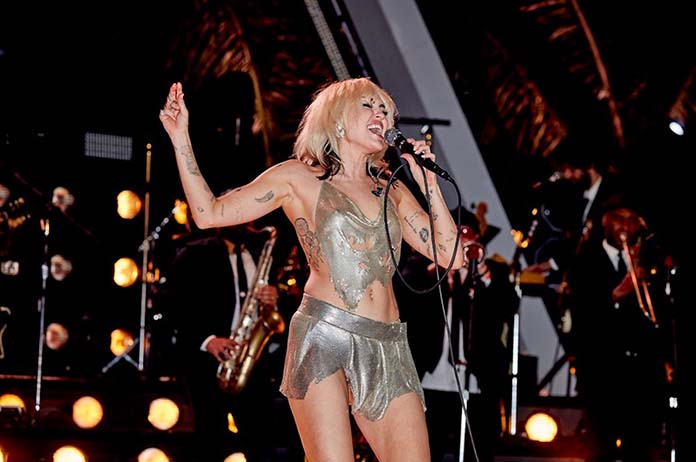 Wardrobe malfunctions are a problem many artists experience, and now Miley Cyrus has joined this exclusive club.

The pop star had to quickly shift gears during her NBC New Year’s Eve special, where she was ringing in 2022 with co-host Pete Davidson. While performing hit songs We Can’t Stop and Party in the USA, Cyrus’s top came undone, forcing her to quickly retreat backstage to change outfits.

The singer, formerly known as Hannah Montana, could be briefly shown holding her top as she sang, before walking backstage as her band and backup singers carried on with the performance. She returned wearing a blazer she had worn in an earlier performance.

“I’m still in the most clothes that I’ve ever worn on stage.”

Davidson later made light of the malfunction, lifting his shirt and saying: “I heard we may have had a little boob slip. So in solidarity, here’s my boobies.”

Cyrus shared a new song, titled You, during the performance.

“I got some baggage/ Let’s do some damage/ I am not made for no horsey and carriage/ You know I’m savage/ You’re looking past it/ I want that late night sweet magic/ That forever lasting love/ But only if it’s with you,” she sang on the piano-tinged ballad.

Did you watch Miley Cyrus’s New Year’s Eve special? What did you think of her performance and wardrobe malfunction? Let us know by commenting below.