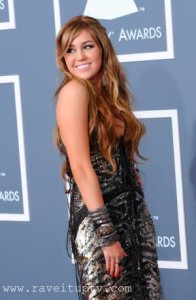 Miley Cyrus announced the dates for her upcoming tour of Latin America, which kicks off April 29 in Quito, Ecuador.

She also will meet people in Peru, Chile, Argentina, Mexico and other Latin American nations before hopping a trans-Pacific flight to Manila, the Philippines, for a June 17 appearance followed by a five-city swing through Australia.

“Gypsy Heart is not just a tour for me, but a mission to spread love,” she said.

The only worry Miey Cyrus has is the inability to speak Spanish.

“I actually failed Spanish (in school), so I will have someone with me making sure I can get through,” she said.

Here are some of the tour dates: