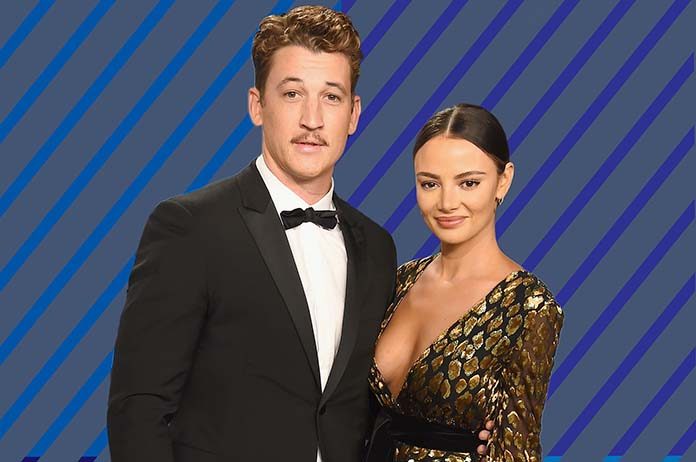 Miles Teller and his fiancé Keleigh Sperry finally tied the knot in Hawaii on Sunday after six years together.

The two got engaged during a safari whilst in Africa in August 2017.

“I had our guide early in the morning tie a rose to a tree, [and we] walked up to this nice, scenic vista having coffee. She looked over and saw a rose and thought somebody had died. Which, whatever,” Miles revealed while on Live With Kelly and Ryan in October 2017.

Guests in attendance at the wedding included actress Nina Dobrev and her boyfriend Grant Mellon and Rebecca Rittenhouse.

Michelle Sperry Mear, Keleigh’s sister, posted numerous videos of the day over social media with captions such as “@keleigh_sperry goin to the chapel.”

Right after getting engaged the two started planning the perfect day. They had planned a destination wedding.

“It won’t be in our backyard, so we’ll travel somewhere. But we’re figuring it out,” Miles revealed.

Teller also revealed that as much as he had a hard time staying uninvolved, this was going to be Sperry’s special day.

“I’ll mess around with the reception, but I’m not a control freak. I’ll let her take the reins on a lot of things,” he said.

He also stated what this special day meant to him.