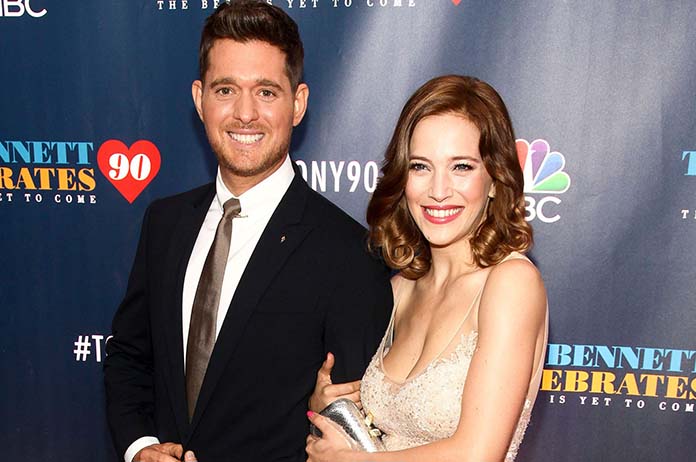 Canadian vocal jazz/pop superstar Michael Buble is expecting his fourth child with his actress wife, Luisana Lopilato. The couple have been together for over 10 years and already have three children, Noah (8), Elias (6) and Vida (3).

News of a fourth child came to light following a 30-second preview of Buble’s latest music video for his song I’ll Never Not Love You, with Lopilato featured in the video sporting a baby bump.

The clip sees the couple act out scenes from iconic love stories such as The Notebook and Titanic.

Buble posted the clip on his Twitter stating that the song is a sequel to one of his biggest hits Haven’t Met You Yet, which he and Lopilato wrote together while the pair were still dating.

Lopilato has proven to be an inspirational muse for the entirety of their relationship, so with new music on the way, fans can be sure Buble will be belting out the love ballads to pay homage to his wife and their alleged baby which is on the way.

Representatives from Buble’s camp have not yet confirmed or denied the claims about the possible child, however, the baby bump paints a clear picture for fans.

Buble is set to continue his world tour, which went on break in October of 2021, with the tour set to resume in July of 2022.