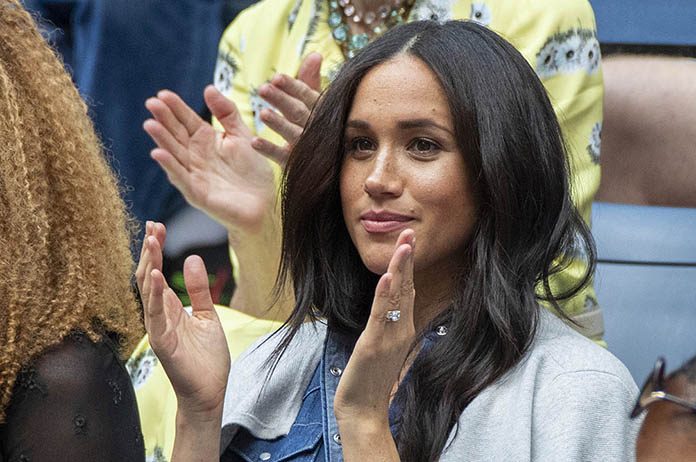 Meghan Markle was faced with loud cheering when she appeared on the jumbotron on Saturday afternoon at the US Open.

While supporting friend Serena Williams in what turned out as an unexpected, unsuccessful tilt at a record-breaking 24th grand slam, Megan was seated in William’s players box.

Megan had before been seen by New Yorkers when she was up early to attend a yoga class.

While many saw a strong woman supporting a friend, British tabloid The Daily Mail thought otherwise. They saw this as a chance to criticise and shame Meghan.

The writer Sarah Vine used the excuse of her travelling alone to suggest she was a bad mother for leaving her four-month-old son alone with Prince Harry.

She referred to her appearance as a “stunt” and implied that Meghan flying to witness a tennis match in the US meant she was a climate hypocrite and all she wanted to do was “flaunt” her famous friends.

She also implied Meghan was offending the Queen by watching a tennis match instead of her and Harry going to the Queen’s Scottish residence in Balmore.

This sparked outrage as many across the world over the internet and social media turned the tables back on Vine.

Although, Vine and her husband have been seen leaving their 11-year-old son alone in a hotel room, for six hours. It was reported he was found wandering around the hotel corridors at 1:30am by a night porter, wondering where his parents were.

What do you think of this hypocrisy? Do you believe Meghan had the right, or Sarah? Let us know in the comment section below.