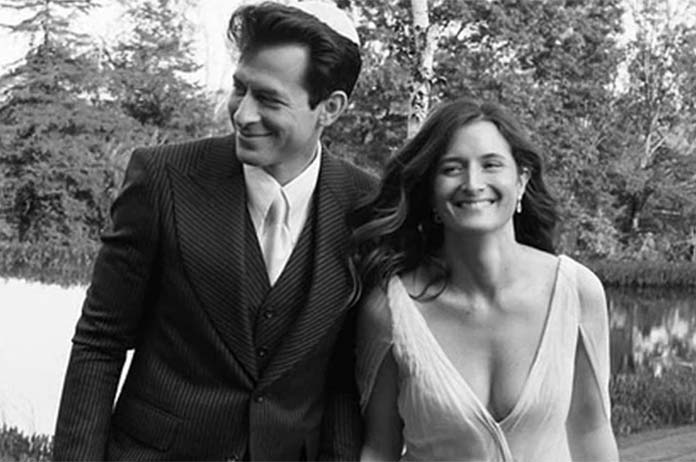 Music producer extraordinaire, Mark Ronson, who is responsible for hits such as Rehab by Amy Winehouse and Shallow by Lady Gaga and Bradley Cooper, announced this past weekend on Instagram that he has married girlfriend of one year, Grace Gummer.

For those unfamiliar with 35-year-old Grace Gummer, she is the daughter of Hollywood royalty, Meryl Streep and much like her mother, has also achieved success in the acting world through shows like American Horror Story: Freak Show, Mr. Robot, and the 2021 crime drama, Dr. Death.

The pair avoided the paparazzi and had a fairly low-key wedding, however it is reported that this was solely due to the rapid spread of the COVID-19 Delta variant, therefore their guest list was limited to close friends and family.

This is both Ronson and Gummer’s second marriage. Ronson was previously married to French actress, model and director, Joséphine de La Baume. The pair were married between 2011 and 2017, officially separating in 2018. Ronson was also engaged to actress and writer, Rashida Jones, daughter of legendary music producer, Quincy Jones, between 2002 and 2004.

Gummer was previously married to musician, Tay Strathhairn. The marriage however lasted only 42 days in 2019 with Gummer officially filing for divorce in 2020.

“To my truest love…out of nowhere, you made 45 hands down the greatest year of my life. And i’m sure it took me 45 years to become the man worthy of your love. I hope I spend every one of these birthdays by your side til my last day. And beyond. Forever and ever yours,” read Ronson’s caption.

Sam Smith and Lady Gaga were among the countless celebrities commenting well wishes in the comment section of Ronson’s Instagram post, with Smith simply commenting a red heart emoji, while Gaga commented, “I love you both!!! Congratulations.”

The happy couple have not mentioned on social media the destination of their honeymoon, but with Ronson consistently working with the biggest musical talent on the planet, and Gummer coming off the critical acclaim of Dr. Death, finding time to honeymoon may be their biggest issue.

Were you surprised to hear about Mark Ronson tying the knot? Let us know in the comments below.