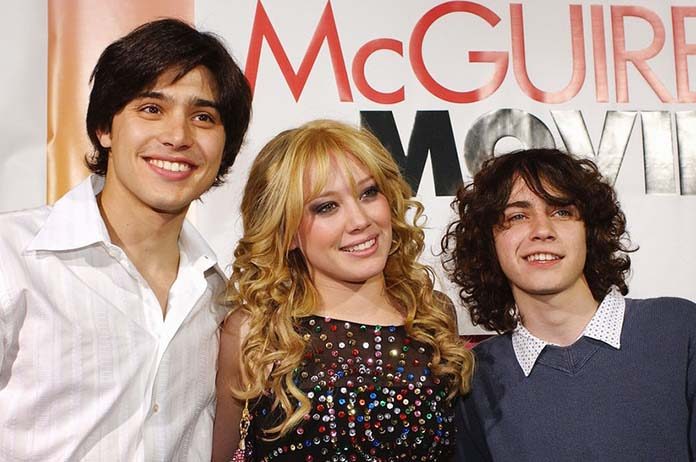 Just last month, Hilary Duff revealed the reboot of her hit Disney show Lizzie McGuire, which will be available on Disney’s new streaming service, being released in November, and fans are going crazy! One question we all want to know though is, will Gordo be returning?

Duff has stated why she is excited to come back at this time and what Lizzie was up to.

“Finally being in my 30s, it feels like a good time to revisit her. It’s a complicated stage. That’s what people loved about Lizzie so much, that phase of becoming a teenager. It’s such a complicated but fun part of time to navigate. She was everyone’s best friend. She was faced with every challenge that was relatable.

“Now, I think stepping into the role as a 30-year-old trying to navigate life is equally interesting. Or more specifically, waking up on your 30th birthday and thinking, ‘this isn’t how I planned this to look, what do I do now?’ That’s an interesting story to me, and that’s a good journey I want to go on with everyone again who is there for her preteen years.”

Duff has also revealed that Lizzie will be living in New York with her dream job and will also be juggling a boyfriend, but it won’t be Gordo.

Duff wasn’t as upset as millions of fans will be though.

“You know what, I don’t know if I was as devastated by that. I feel like them not being together is what was so good…. it’s that one person that you’re like, ‘was he the one? Is it ever going to be?’ You’re always kind of wondering. We wanted it to hurt everyone a little bit, and it will continue to hurt.”

So far it has not been confirmed whether Adam Lamberg will be rejoining the cast as Gordo but we all have our fingers crossed, because what’s Lizzie McGuire without Gordo? Duff is hoping so.

“I really hope he is going to be involved. We’ve been planning out the season and coming up with what everything looks like, and it’s so important for him to be there for part of it.”

So I guess all that’s left is to pray and hope Gordo will reappear because as true fans, we need him.

Do you hope Gordo comes back and do you hope they eventually get together for good? Let us know in the comment section below.