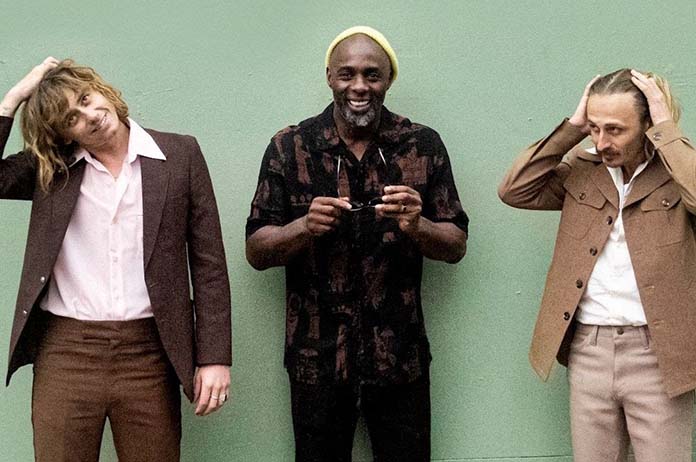 Pop-rock group Lime Cordiale was formed in 2009 by brothers Oli and Louis Leimbach. The born-and-raised Sydney duo took the Australian music scene by surprise with their acclaimed albums, Permanent Vacation and 14 Steps to a Better You, which were released in 2017 and 2020 respectively.

In 2021, the group shows no signs of slowing down, giving fans one of the most unlikely collaborative singles since Kanye West teamed up with Paul McCartney for the 2015 banger, Four Five Seconds. Idris Elba teamed up with the boys from Sydney to release the catchy tune, Apple Crumble.

Elba has a history as a DJ/rapper and has rapped on songs with the likes of Macklemore, Sean Paul, and Q-Tip. However, Apple Crumble sees Elba singing, while Lime Cordiale sing the infectious chorus.

The collaborative effort has gone under the name of Cordi Elba and according to Lime Cordiale and Elba, Apple Crumble is just the first taste of their collaborative album also entitled, Cordi Elba.

Cordi Elba is a true collaborative release and is not just Lime Cordiale utilising Elba for his star power, according to Oli.

“We wrote everything together, we were all writing lyrics, it wasn’t our music or his music, it was smack bang down the middle with every lyric,” said Oli.

Lime Cordiale is set to tour the UK in January of 2022, with Elba making it clear that he would be honoured to join the Sydney duo.

“I’d be honoured to help their exposure in the UK,” said Elba.

Following their UK shows the duo are set to tour Australia across April and May of 2022, with two Sydney shows already sold out and a third recently announced.

To purchase tickets, visit Frontier Touring now. Tickets are still available but are running out fast.

Are you excited for the upcoming Cordi Elba collaboration album? Let us know in the comments below.