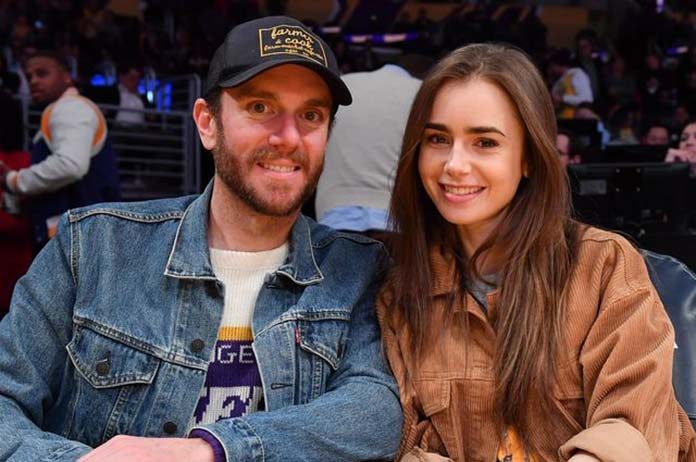 Lily Collins not only acted in two Golden Globe-nominated Netflix projects last year (Emily in Paris and Mank), but she also became engaged to Charlie McDowell, which she announced to the world on Instagram with a sweet ring pic last September. McDowell may be an unfamiliar name for some, but it’s more than people expect.

Charlie McDowell isn’t an actor, but he knows what Hollywood is like. He’s a filmmaker known for directing and executive-producing The One I Love,which stars Elizabeth Moss and Mark Duplass. Charlie is also linked to other actors, such as Emilia Clarke and Rooney Mara.

He has been in the industry a lot longer than his 2014 debut. His mom is Mary Steenburgen, known for Elf, Happiest Season, and Zoey’s Extraordinary Playlist. His dad is Malcolm McDowell, an actor that is known for many projects, like A Clockwork Orange.

Charlie’s stepfather and mother’s husband just so happens to be Ted Danson, known for his roles as Michael from The Good Place, Sam from Cheers, and most recently, Mayor Neil Bremer in Mr. Mayor.

Charlie’s family is pretty famous but that doesn’t phase Lily. Her dad is musician Phil Collins, famous for songs such as In the Air Tonight, Against All Odds and You’ll Be In My Heart from Tarzan.

Last November, Lily expressed what she’s most excited for.

“Honestly, I’m so excited to be a wife. I don’t think of it in any way, shape, or form to do with whether or not I’m a feminist. To me, it’s more like, I can’t wait to be with this person, and now we get to plan something that we’ll have for the rest of our lives.”