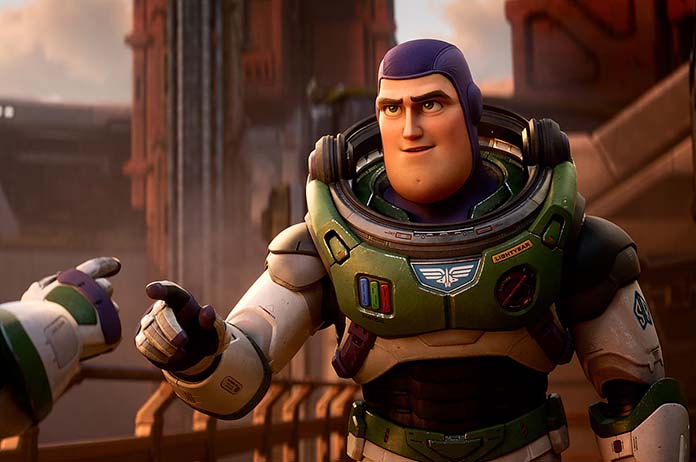 A same-sex kiss scene has been re-added to Pixar’s newest film after Disney employees protested its removal.

Lightyear is Pixar’s newest instalment in the Toy Story franchise; a film following the origin story of the fictional astronaut that action figure Buzz Lightyear (played by Tim Allen) is based on.

While Buzz’s story has been explored by Disney previously, in animated series Buzz Lightyear of Star Command, that series still focused on the Buzz that is seen in Toy Story.

This film’s version is a little more realistic (for a fictional character) and the story will focus on Lightyear’s astronaut training, in a similar vein to space travel biopic projects like The Right Stuff or First Man.

One of the characters that will inhabit this universe is Hawthorne, voiced by Orange Is the New Black‘s Uzo Aduba.

Hawthorne is in a same-sex relationship, and the film originally had a scene where she kisses her partner. This scene was cut, a move which employees labelled as part of a longstanding history of Disney censoring Pixar’s efforts to include LGBTQ+ content.

Protests by Disney employees, which included threats of a walkout by those who are LGBTQ+, seems to have worked as the film’s final cut now includes the kissing scene.

Full details of the scene are still unknown at this time.

What do you think of Disney re-instating a same-sex kiss scene in Lightyear? Let us know by commenting below.