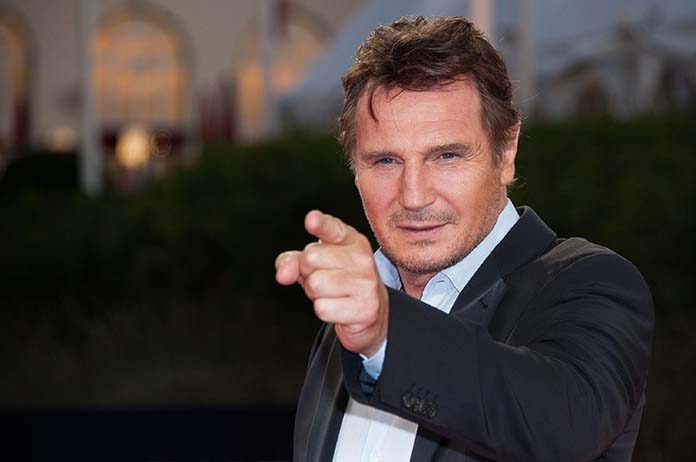 Irish actor Liam Neeson has given Melbourne nurses a heart-warming gift as he films a movie in Australia.

The 68-year-old has been in Melbourne to shoot the new film, Backlight, over the past few weeks but took time out of his tight schedule to give a special thanks to the frontline workers working tirelessly through the pandemic.

He surprised the Royal Melbourne hospital with a huge bunch of flowers and a note which was handwritten.

“To all you lovely Aussie and Irish nurses. Thinking of you all. Much love and respect, Liam Neeson,” the note read.

The nurses at the hospital were left in shock when they received the special delivery from the star and shared their gratitude on Facebook.

The post began with a reference to his iconic line from the movie Taken, “I will find you…. And I will…. treat you.”

“Liam Neeson is filming a movie in Melbourne and was kind enough to send in some flowers to our Acute Medical Unit, which was a COVID-19 ward this year. Thanks Liam, from all of us starstruck at RMH!”

Fans who were in awe of the kind gesture left comments on the post.

“Fantastic you all deserve this treat. Thank you all,” one Facebook user commented.

The producer of the film, Paul Currie, says Liam hasn’t done any sightseeing while he has been in Australia.

“He hasn’t had time to go out to restaurants or anything like that, and we can’t let him out anyway,” he said.

Due to the COVID-safe rules, he has basically gone from the hotel room to the movie set.

Neeson will feature in the new movie as a “troubled off-the-books fixer for the FBI tasked with pulling undercover agents out of dangerous situations.”