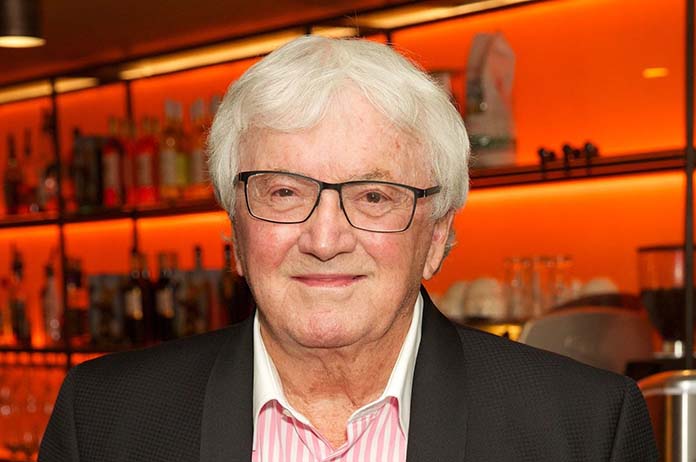 British composer & lyricist, Leslie Bricusse, known for creating theme music for films such as Gold Finger, You Only Live Twice and Willy Wonka and the Chocolate Factory, has unfortunately passed away at the age of 90.

Bricusse’s career spans over 60 years with his work being used in 21 musicals and 24 feature films, such as Candy Man and Pure Imagination from Willy Wonka and the Chocolate Factory, as well as the Academy Award winning song, Talk to the Animals.

Bricusse’s death was confirmed on October 19, 2021 by his long-time agent, stating that the two-time Academy Award winner died in his sleep on Tuesday morning.

Bricusse was married to Double Trouble actress, Yvonne Romain, for more than 60 years. The couple have a son named Adam.

Adam Bricusse took to Instagram to pay homage to his father, uploading a series of photos with the caption, “My Dearest Father, passed away peacefully this morning….Please raise a glass for him…Love …. Forever…. RIP Dad ….“Sleep in peace when the day is done … And I’m feeling good ….  – Feeling Good.”

“One of the giant songwriters of our time, writer of #candyman #goldfinger amongst so many other hits, and my great friend Leslie Bricusse has sadly died today. He and his beautiful Evie have been in my life for over 50 years. I will miss him terribly, as will his many friends #rip #ripmusicman #riplesliebricusse,” posted Collins on Instagram, along side a photo of the pair.

Bricusse was known for ruffling feathers of executives in order to produce his artistic vision, with industry sources claiming that Leslie in his prime would go against producers pleas and remained adamant that musical theatre scores should be sung traditionally and not modernised, and or jazzed up.

Send your condolences to Bricusse’s family and friends by commenting below.