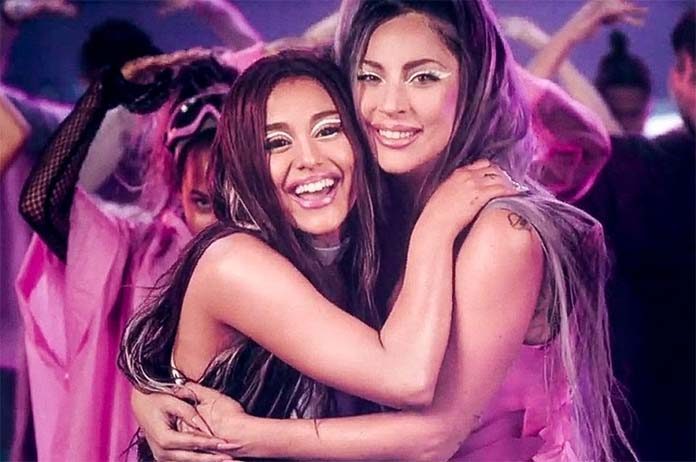 Winning a pre-ceremony Grammy for ‘Best Pop Duo/Group Performance,’ Lady Gaga and Ariana Grande have made history with their major hit song Rain On Me on Sunday during the Grammy’s.

This is the first time this award has been given to a collaboration that features exclusively female artists.

“MOTHER MONSTER WAKE UP @ladygaga !!!!!!!!???  Ariana tweeted once the announcement was made.

This award was introduced back in 2012, and Lady Gaga has had the honour of winning it before with her incredible performance of Shallow with Bradley Cooper, from the hit movie A Star Is Born.

Rain On Me reached #No. 1 on the Billboard Hot 100 chart after it was released last May.

Lady Gaga and Ariana Grande also performed the song together last year in August at the MTV Video Music Awards.