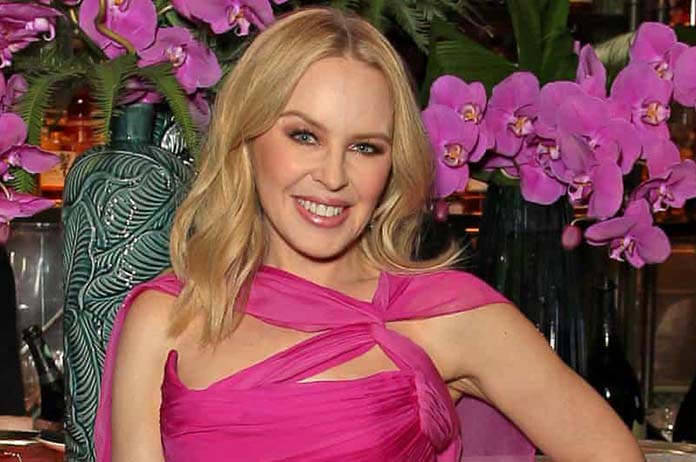 Kylie Minogue has long been considered the Princess of Pop, with hits such as The Loco-Motion and Spinning Around, dominating the charts.

However, it was her role as Charlene Robinson that made her a household name from 1986 to 1988 on the long-running Australian soap-opera, Neighbours.

Minogue’s music career spans across three decades, with the songstress making a name for herself within Australia, as well as the world with her catchy pop hits.

Last year in 2020, she released her fifteenth studio album, Disco, which was a critical and commercial success, placing on countless year end publication lists, and debuting at number one on the dance/electronic album charts.

2021 sees no sign of the Pop Princess slowing down, with the announcement that 2020’s Disco would be getting a sequel, DISCO: Guest List Edition. The album is currently slated for release on November 12, 2021.

Last week, Minogue released the first single from her forthcoming album, A Second to Midnight, featuring LGBTQI+ icon, Olly Alexander. The single will also act as the lead single for Alexander’s upcoming album, Night Call, expected for release in 2022.

The release of the single was greeted with high praise on Minogue’s Instagram when she posted a short snippet of the music video with the caption, “#ASecondToMidnight is OUT NOW  Thank you @yearsandyears for joining me on this song! I had so much fun channeling my inner Olly in this video – felt like a KING,” read Minogue’s caption.

The aforementioned praise came from fellow music royalty such as Natalia Imbruglia, who commented three fire emojis and a love heart, while Delta Goodrem commented a love heart emoji and two stars.

Olly Alexander was far more articulate with his praise, commenting eight crying face emojis then stating that the experience was, “the best day of my life.”

With news that Minogue is finally moving back to Australia, fans have been ecstatic and have welcomed the idea of the Pop Princess returning home with open arms.

Are you excited for a new album by Kylie Minogue? Let us know in the comments below.