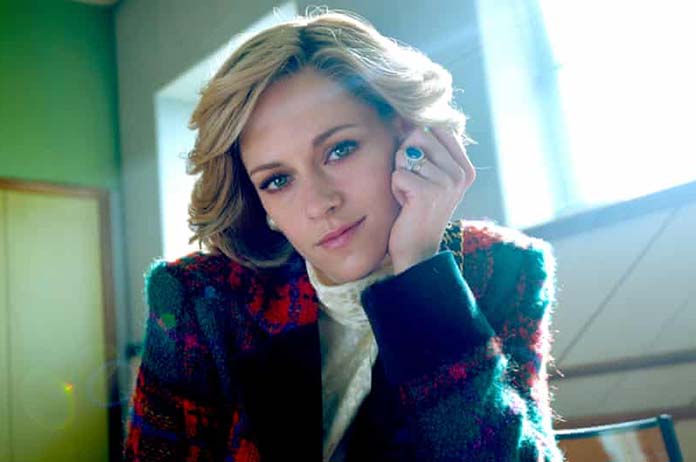 Kristen Stewart received a three-minute standing ovation for her role in the highly anticipated biographical drama Spencer, in which she stars as the late Princess Diana.

The story unfolds over three days during the Christmas holidays when Princess Diana joins the royal family at the Sandringham estate in Norfolk, England and finally makes the decision to leave her marriage to Prince Charles.

“I took more pleasure into my physicality making this movie than I have on anything. I felt more free and alive and able to move, and taller even,” Stewart said at the film festival’s press conference.

Stewart, 31, noted that her curtsy “went out the window as soon as I stepped on [the] set” of Spencer but there were royal advisors on hand to teach her the many different nuances involved in royal life and to ensure authenticity.

Meanwhile, Larraín described Stewart as a “miracle” that could continue to carry the mystery that surrounds Lady Di.

The director explained that he “wanted to make a movie that my mother would like, I have made so many she doesn’t like at all.”

“Diana was a very famous beautiful icon on many levels, but she was a mother as well and more importantly was someone who had something incredibly beautiful, which was the level of empathy that she could create.”

Larraín said the more he researched, he realised she carried an enormous amount of mystery combined with magnetism.

Stewart arrived in Italy on Friday sporting a strawberry blonde bob, the twin to the Princess’ iconic look, to promote her new movie.

At the film’s red-carpet premiere, the actress chose an elegant seafoam green silk Chanel tunic and pants set with a black bow accessorising with a silver necklace and white pumps.

A long-time Chanel ambassador, Stewart styled her fresh cut in loose waves with a smoky eye to complete the look.

Ahead of the premiere, the Twilight star arrived in Venice stepping off a gondola in another Chanel two-piece, a black tweed blazer with classic gold buttons and matching high-waisted shorts.