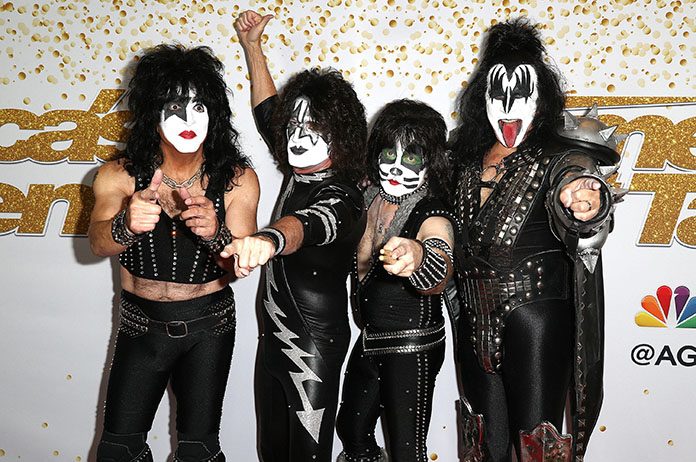 Rock icons KISS have recently cancelled their Australian farewell tour, only days before it was due to start.

This news was announced just three days after the band rescheduled the planned farewell tour of Australia, which was set to start in Perth on Saturday November 16. Due to the ill health of founding member and guitarist Paul Stanley, that show was rescheduled to the end of the tour for December 3, changing the beginning of the tour to November 19 in Adelaide.

Then came the shocking news that the entire tour had been cancelled, including all arena shows in Sydney, Brisbane and Melbourne.

A statement released a few days ago said, “TEG Live and One World Entertainment, the promoters of KISS, regrets to advise the November/December tour has been cancelled.

“Earlier this week it was announced that U.S doctors had advised Paul Stanley to rest due to a bad case of influenza, prompting the rescheduling of the tour’s first show in Perth to the end of the run and the cancellation of New Zealand. It was hoped the extra few days rest would allow Stanley the chance for a complete recovery so the tour could proceed as planned.

“However unfortunately this has not occurred. Stanley has an additional infection in his throat requiring complete vocal rest and medication for at least two weeks and possibly longer.”

The news of the cancellation has devastated many of the band’s fanbase, especially since the End of the Road Tour was stated as the last-ever Australian tour for KISS, occurring around 45 years after the release of their first album.

“Words cannot begin to convey our massive disappointment in having to cancel our End Of The Road tour of your incredible country. Our connection to you is unparalleled and decades deep,” Paul Stanley said in a recent statement.

“We waited as long as we could and held out hope to the last minute that my situation would clear up and we would be able to march forward. Doctor’s orders ultimately have taken precedence and finally we now find ourselves with no choice but to surrender.”

Promoters One World Entertainment and TEG Live have also stated, “We are devastated with the cancellation of the Australian tour. We’ve been in constant contact with the band in the past few days hoping for a positive outcome. We know how much fans were looking forward to the tour. We send our best wishes to Paul for a speedy recovery.”

The shocking news of the cancellation comes only weeks after another iconic rock group cancelled their Australian tour, also due to health problems. In September, Metallica cancelled their planned stadium tour of Australia and New Zealand just weeks before the starting date.

The remaining members of the band revealed in an emotional note to their Aussie fans, that frontman James Hetfield had re-entered rehab for his ongoing addiction issues, forcing the cancellation of the tour that was meant to begin not long after.

Last month, popular girl group Little Mix also cancelled their tour six weeks before it was due to begin, but the excuse they gave for the last-minute decision left many fans furious.

Fans of KISS have taken to social media to express their ongoing disappointment, whilst wishing Stanley a quick recovery.

Any information based on refunds can be found here, and any who purchased tickets via card can expect full refunds in their accounts within 14 days.

Are you disappointed? Did you have plans to go and see the final Australian tour? Let us know in the comment section below.