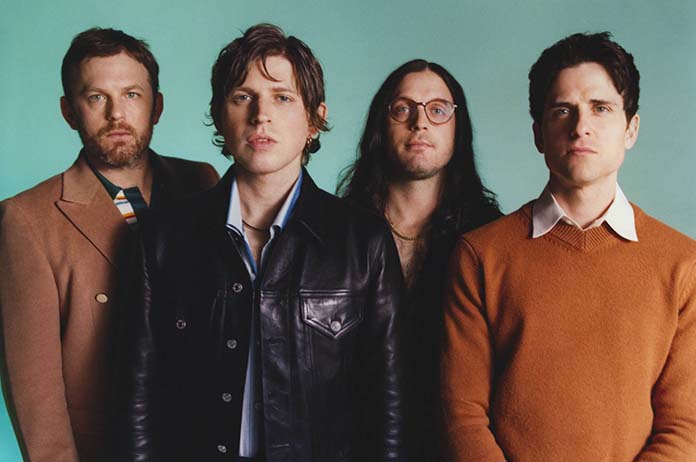 Kings of Leon announced in April that their world tour, When You See Yourself Tour, would be coming to Australia in 2022, with the tour seeing them make stops in Sydney, Brisbane, Melbourne, Adelaide and Perth.

When the tour was first announced, each city stop was scheduled for one stand alone show, however the rock band have announced that a second show will take place in Melbourne in 2022.

The updated 2022 tour schedule for Australia is as follows:

The band have not been to Australia in over 10 years, and the speed at which the Melbourne show sold out is a clear indication of how excited Kings of Leon fans are to see the band back down under.

Tickets currently start at $125 dollars with general admission already sold out for most of the shows. Hardcore fans can spend more and purchase ‘Premium Fan Packages’ or ‘Fan Packages’ for $300-500. Packages both include Kings of Leon VIP Merch Packs, Priority Check In, On-Site VIP staff and a Laminated pass/lanyard, as well as priority seating, with the ‘Premium Fan Package’ offering the best seats.

To purchase tickets, head on over to the When You See Yourself Tour page on Ticketek.

The Alternative/Southern rock group have enjoyed success on a global scale since the group’s debut album in 2003, Youth & Young Manhood. The four-time Grammy Award winning band have released eight studio albums in their 18-year career, with their latest, When You See Yourself, enjoying general acclaim and chart success internationally.