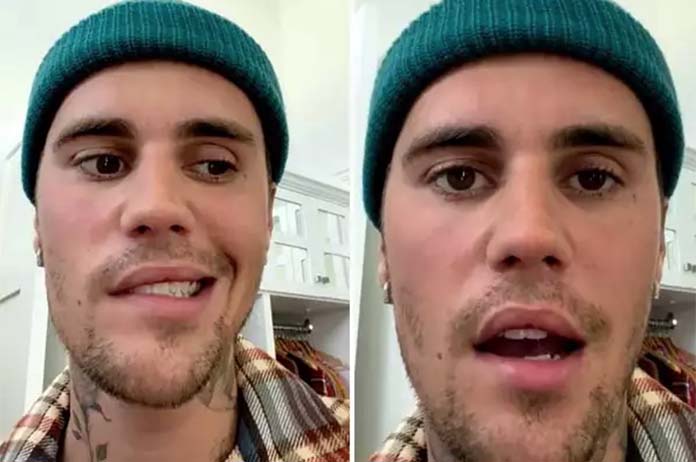 Justin Bieber has been diagnosed with a rare disorder which has paralysed half his face.

The 28-year-old singer revealed the news to his fans in an emotional video posted to Instagram.

“I wanted to update you guys on what’s been going on. Obviously, as you can probably see from my face, I have this syndrome called Ramsay Hunt syndrome and it is from this virus that attacks the nerves in my ear and my facial nerves and has cased my face to have paralysis,” he explained.

Ramsay Hunt syndrome is marked by a painful rash around the ear, on the face or on the mouth. It manifests when the varicella-zoster virus infects a nerve in the head, sometimes causing paralysis.

“As you can see, this eye is not blinking. I can’t smile on this side of my face. This nostril will not move, so there’s full paralysis on this side of my face. So for those who are frustrated by my cancellation of the next shows, I’m just physically not capable of doing them. This is pretty serious as you can see. I wish this wasn’t the case, but obviously my body’s telling me I gotta slow down.” Bieber continued.

On Wednesday, Bieber announced that he would be postponing a few shows from his Justice World Tour due to a then-unknown health issue.

With some time off from the tour, Bieber told fans that he plans to “just rest and relax” so that he can “get back to 100 per cent.”

A friend said that his loved ones are also anticipating a successful recovery with the continuous exercises Bieber is doing and rehabilitation.

“Bieber will be ok. It’s because of an infection, paralysis in the right side. He will recover,” the friend said.